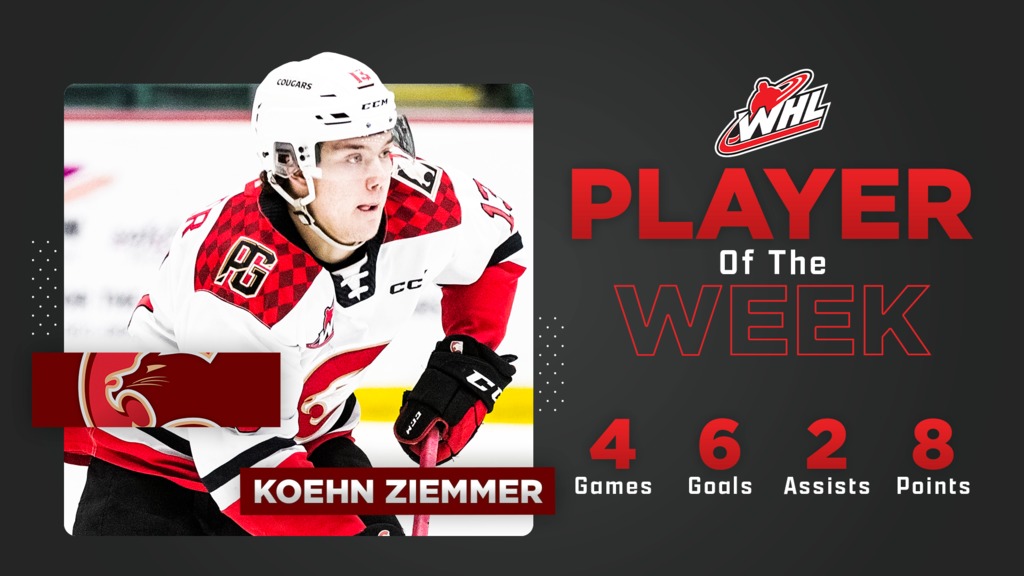 Ziemmer, ranked #20 among North American Skaters by NHL Central Scouting ahead of the 2023 NHL Draft, enjoyed a trio of multi-goal games this past week, totalling eight points (6G-2A) as the Cougars completed a Central Division road trip.

Ziemmer began his week Tuesday, January 17 with a setback in Medicine Hat, but quickly turned his Club’s fortunes around the following evening, scoring twice and adding an assist in a 6-5 victory over the Calgary Hitmen.

The 18-year-old concluded his week Saturday, January 21 with two goals and an assist in a 4-3 overtime victory against the Edmonton Oil Kings.

Ziemmer begins the week sitting in a third-place tie among WHL scoring leaders with 62 points (26G-36A); he now has six multi-goal games over the course of the 2022-23 regular season.

Originally selected by the Cougars with the fourth-overall pick in the 2019 WHL Draft, Ziemmer has totalled 131 points (65G-66A) over 135 career WHL regular season contests with Prince George.