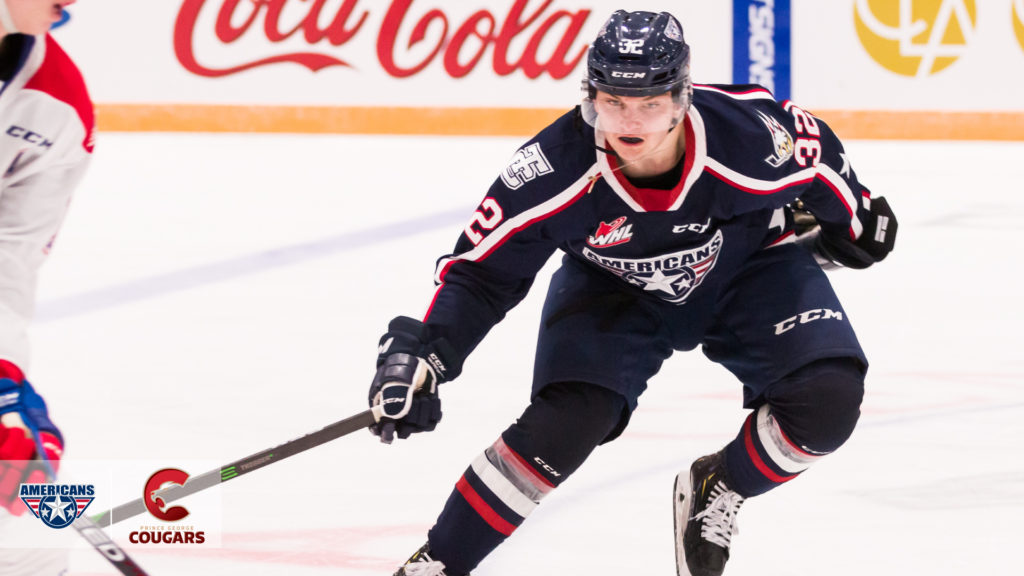 In exchange, the Americans have acquired a conditional eighth-round selection in the 2020 Western Hockey League Bantam Draft.

A product of Woodbury, Minn., Krivokrasov had posted four points (2G-2A) in 10 games with the Americans this season.

“With 16 forwards on the roster we needed to reduce numbers,” said Americans General Manager Bob Tory. “This gives Nikita an opportunity to play in the Western Hockey League. We wish him nothing but the best.”

The 5-foot-10, 200-pound forward began his career with the Prince Albert Raiders in 2017. Including his time with the Americans, Krivokrasov has appeared in 46 WHL regular season games, posting seven points (5G-2A), including one power-play goal. Krivokrasov has also appeared in seven WHL playoff games with the Raiders.

Prince George returns to action when they host the Edmonton Oil Kings at the CN Centre on Tuesday, November 23 (7:00 p.m. PT). 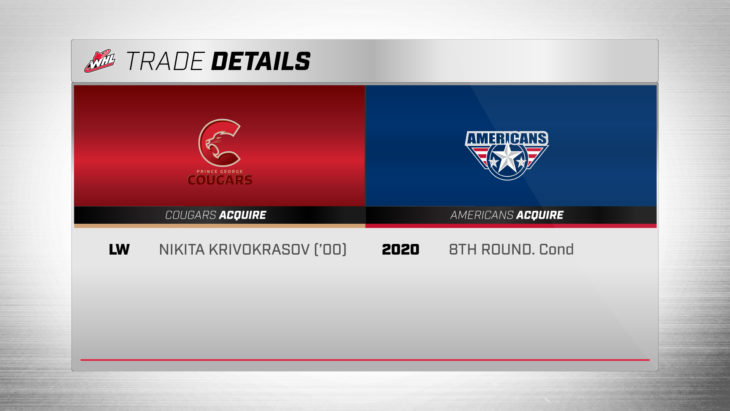