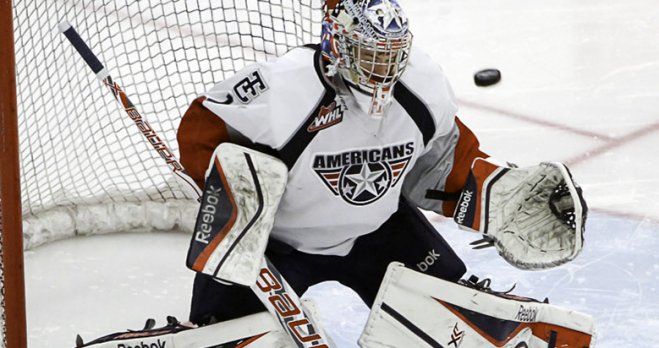 CALGARY, AB – The Western Hockey League announced today that Eric Comrie of the Tri-City Americans has been named the VAUGHN WHL Goaltender of the Month for January, 2014.

An 18-year-old from Edmonton, AB, Comrie appeared in 11 games for the Americans during the month of January, posting an 8-2-0-1 record with one shutout while allowing just 15 goals on 393 shots for a 1.35 goals-against average and a .962 save percentage in that span.  Comrie allowed one goal or less in eight of his 11 appearances while facing an average of more than 35 shots per game.  His dominant form saw him selected among the 3 Stars on nine occasions in January, including an impressive six 1st Star selections.

Comrie’s consistent netminding helped the Americans to the seventh best record of any WHL Club in the month of January, and has been a key factor in keeping Tri-Cities in a playoff position in the Western Conference.

Comrie is in his third WHL campaign with the Tri-City Americans.  The Americans’ first-round pick, 13th overall, in the 2010 WHL Bantam Draft, Comrie has appeared in 113 career regular-season games, posting a 62-37-4-6 record with seven shutouts, a 2.50 GAA and a .919 save percentage.  He was chosen in the second round, 59th overall, by the Winnipeg Jets in the 2013 NHL Draft.

His accomplishments make Eric Comrie a deserving choice as the VAUGHN WHL Goaltender of the Month for January. 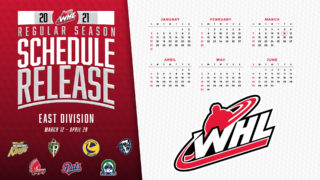 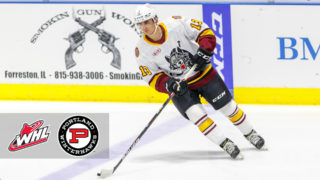 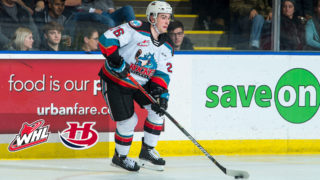 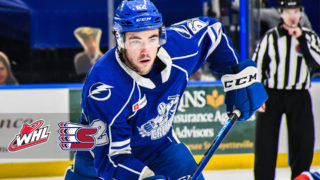