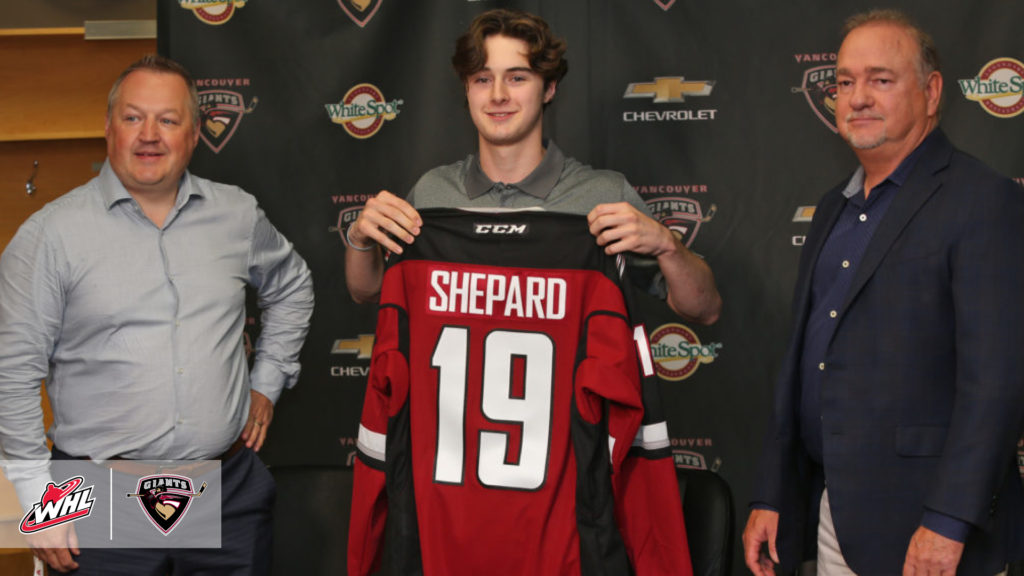 “We are very happy to have Cole and the Shepard family committed to the Vancouver Giants,” Barclay Parneta said. “He provides a solid mix of speed and skill and can impact a game in a lot of positive ways. He’s going to be a key contributor to our success in the years to come.”

Originally selected in the second round, 33rd overall, by the Giants in the 2017 WHL Bantam Draft, Shepard joins the Giants after spending his 16-year-old season with the BCHL’s Penticton Vees. In 53 games the 5-foot-10, 152-pound forward scored 24 points (7G-17A). Shepard spent the two previous seasons with the Delta Hockey Academy notching 53 points in 34 games during the 2017-18 season in Midget and 47 points in 30 games in 2016-17 in Bantam. He is eligible for the 2020 NHL Draft.

Competing with British Columbia at the 2017 WHL Cup, Shepard helped his home province win gold at the tournament. Internationally, Shepard suited up for Canada Red at the 2018 World Under-17 Hockey Challenge and registered four assists in six games.

With this signing, Shepard becomes the sixth Giant from their 2017 WHL Bantam Draft class to commit to the team joining the likes of: Justin Sourdif, Tanner Brown, Krz Plummer, Braedy Euerby and Jacob Gendron. Shepard joins his older brother Jackson who was acquired by the Giants in a trade with Lethbridge on May 24, 2019.

Majority owner Ron Toigo & GM Barclay Parneta welcome @ColeShepard_ and his family to the Giants, we’re happy to have you, Cole! pic.twitter.com/VhX35N2EmE