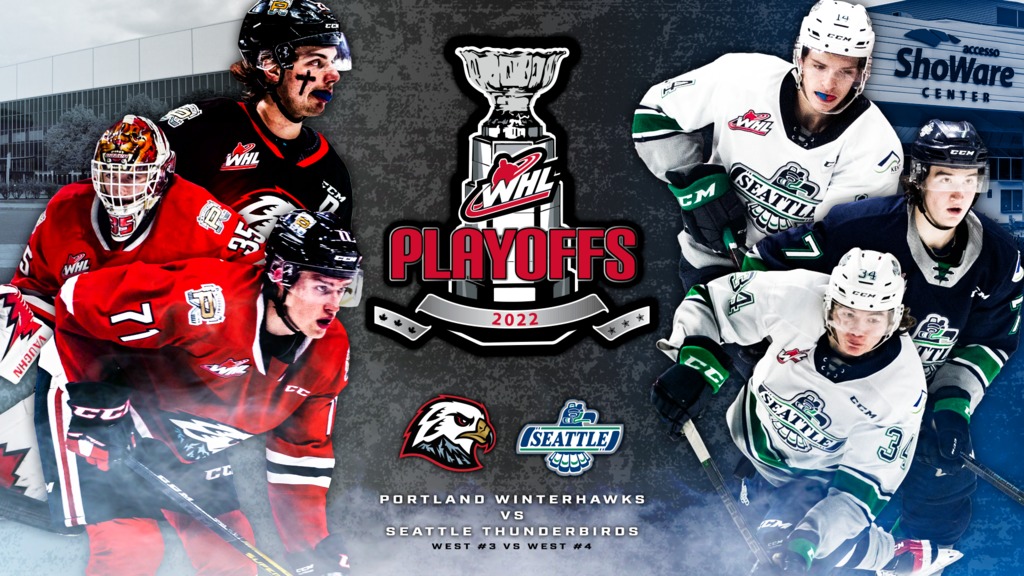 The 2022 WHL Playoffs are about to get lively in the U.S. Division as the Portland Winterhawks and Seattle Thunderbirds will come together for a good ol’ party in the second round.

The rivalry renewal was made official on Monday night when the upstart Vancouver Giants eliminated the U.S. Division-champion Everett Silvertips in a stunning six-game series.

While fans in the PNW are more than familiar with one another, this marks the first time since 2015 that the Winterhawks and Thunderbirds will meet in post-season play. The last time around, it was the Winterhawks emerging victorious in a six-game first-round series.

During the 2021-22 season, it was the Winterhawks claiming the season series with a record of 9-4-0-0, including a 5-4 victory on April 2 to close out the festivities. In fact, Portland is winners of four straight against Seattle, beginning with a 3-2 shootout victory on March 11. The Thunderbirds last victory against the Winterhawks came on February 19 – a 5-1 win in Portland.

Forwards Tyson Kozak (8G-6A) and Cross Hanas (5G-9A) registered 14 points apiece for the Winterhawks, leading all skaters in scoring during the season series. For Seattle, veterans Reid Schaefer (6G-5A) and Jared Davidson (3G-8A) tallied 11 points each to lead the T-Birds.

In net, Pittsburgh Penguins prospect Taylor Gauthier joined the Winterhawks prior to the WHL Trade Deadline and proceeded to earn six wins over the Thunderbirds, going 6-2-0-0 with a 2.35 goals-against average and .934 save percentage. Thunderbirds netminder Thomas Milic went 4-6-0-2 in 12 appearances against Portland, including a 2.91 GAA and .913 SV%.

Game 1 between the two U.S. Division rivals is set for Saturday, May 7 at 6:05 p.m. PT (accesso ShoWare Center) before shifting to Portland for Games 2 and 3 on Sunday, May 8 and Wednesday, May 11, respectively.