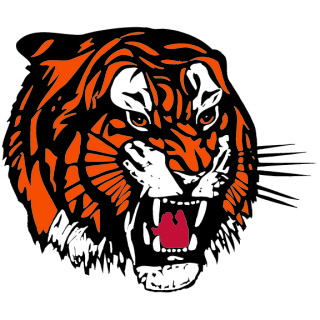 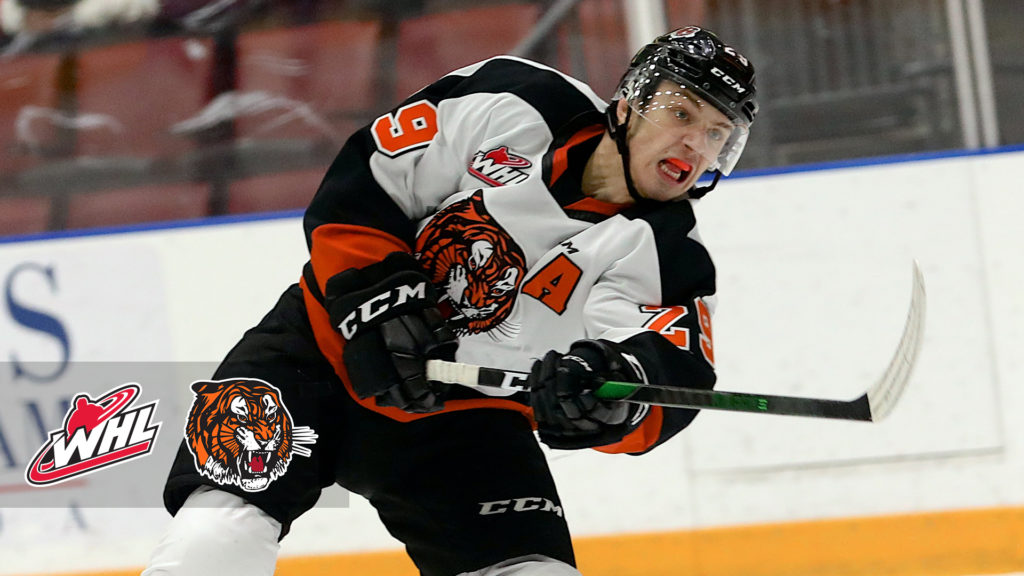 Medicine Hat, AB — The Medicine Hat Tigers are excited to announce the leadership group for the upcoming 2020-2021 Season. As voted on by the players, Ryan Chyzowski will wear the ‘C’ for the Orange and Black, while Brett Kemp and Cole Clayton will be full-time Alternate Captains. Forwards Corson Hopwo and Lukas Svejkovsky will share the responsibilities of the third ‘A’.

Former Tigers Captain Mason Shaw weighed on the teams selection of Chyzowski as team Captain: “I can’t believe you guys picked a window cleaner over a cowboy!” referring to both players off-season employments. “All jokes aside, nobody cares more about the players and upholding the traditions and work ethic that it takes to wear the Tiger Head than Ryan Chyzowkski.”

A career Tiger, Ryan Chyzowski has appeared in 257 career games for the Tigers. The Kamloops BC native set new career highs in every statistical category in the abbreviated 2019-2020 season, registering 34 Goals and 35 Assists to combine for 69 points. The 6 foot 1 sniper finished the season with a career high in Powerplay goals with 13 and with a plus/minus of 21. The Kamloops, BC native was also the co-winner of the Hardest Working Player Award and the Unsung Hero Award. Ryan shows his dedication to the Orange and Black both on and off the ice on a daily basis.

Also a career Tiger, Cole Clayton has suited up for 191 Regular Season games for the Tigers. Clayton’s dedication to his craft and team shows up both on the scoresheet and on the ice. Clayton, who hails from Strathmore, AB set new career highs in Assists (28), Points (30) and had a plus/minus of +28, tied for second best on the team. Cole was the co-recipient of the 2019-2020 Cliff Bast Memorial Best Defenceman Award, as well as the Community Service Award.

Brett Kemp came to the Tigers in the 2018-19 season and has proven time and time again that he bleeds orange and black. As he has matured, Kemp has become a vocal leader both on and off the ice and he leads by example. The highly skilled forward bested his career numbers during the 2019-2020 campaign in Goals (30), Assists (47), and Points (77). The Yorkton, SK product finished 2nd in team scoring and looks to keep that momentum moving forward. Along with Captain Chyzowski, Kemp was the co-winner of last seasons Unsung Hero Award.

Corson Hopwo is entering his 3rd full season with the Tigers. The product of Duncan, BC shows has demonstrated great leadership his entire career, even when playing on the top line as a young Tiger. The hard nosed forward set new benchmarks in every stat line last season, finishing the abbreviated year with 15 Goals, 26 Assists, 41 Points and finishing tied with Cole Clayton for the second highest Plus/Minus on the team with a +28. Hopwo was recognized for his on ice gains last season as he was the co-winner of the Most Improved Player Award as well as being honoured as the Top Defensive Forward.

The final member of the leadership group is a relative newcomer to the Tigers, but the Point Roberts, Washington native bought into the Tigers Culture and immediately became a fixture in Orange & Black. Appearing in 34 games for the Bengals, the shifty and creative forward notched 13 goals and added 15 helpers en route to being selected with the 15th pick in the 4th round of the NHL Entry Draft by the Pittsburgh Penguins.

The Medicine Hat Tigers kick off the 2020-2021 Regular Season Friday when they travel to Red Deer to play the Rebels in the first half of a home and home series. Puck drop for this game is 6pm. The Tigers home opener takes place on Saturday, which will also be Bob Ridley’s 4000th career game. Puck drop for that game is 7:30pm. All games will be broadcast on WHL Live as well as CHAT 94.5FM

The Medicine Hat Tigers are excited to announce the Leadership Group for the 2020-2021 Season!