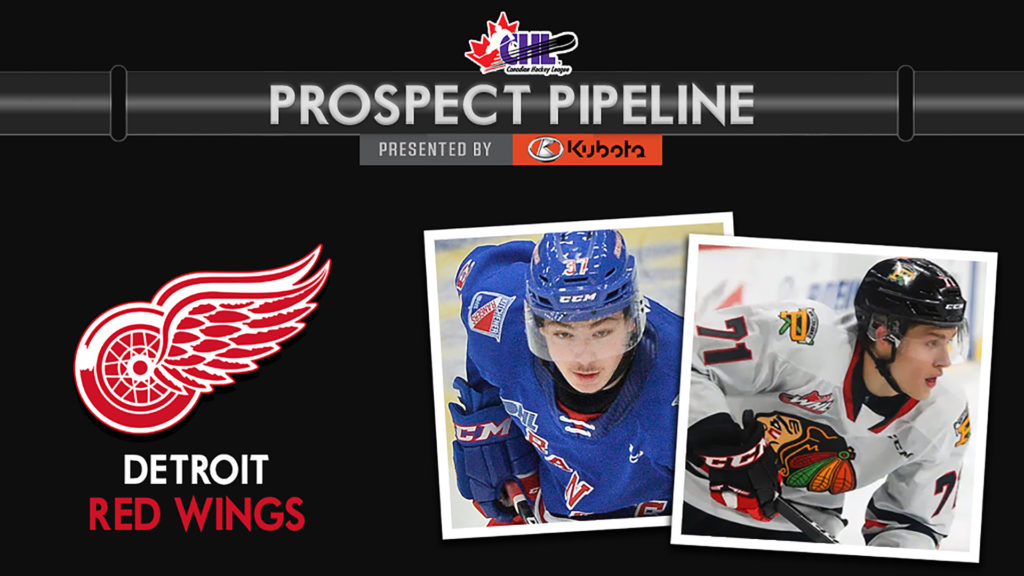 Chosen with the second pick in the 2020 CHL Import Draft, the Czech-born netminder began the year on loan overseas with HC Energie Karlovy Vary of the top professional Czech league before joining the Acadie-Bathurst Titan in the ensuing months. In his first season on North American ice, the 18-year-old impressed in coming up with a winning record through 12 appearances coupled with a 3.62 goals-against average and a .894 save percentage. Standing tall in his crease, the hulking Bednar plays an entertaining, athletic style, one that surely caught the eye of the Red Wings and led the club to choose him in the fourth round of the 2020 NHL Draft.

Jan Bednar has been selected in the fourth round, 107th overall by the @DetroitRedWings!

A talented point producer from the back end, it is no surprise that Alex Cotton finished one point back of the team lead in scoring this season with the Lethbridge Hurricanes after ranking first among all rearguards league-wide the previous year, when he earned a spot on the WHL Eastern Conference Second All-Star Team. Wrapping up 2019-20 with 67 points counting 20 goals and 47 assists across 63 appearances, the Langley, B.C., native carried that productive pace into the WHL’s recently completed campaign when he picked up seven goals and 19 assists for 26 points in the 24-game slate. A mid-round selection from the 2020 NHL Draft, the 2001-born blue-liner has spent part of four seasons with the Hurricanes in which he has collected 104 points through 146 career contests.

A creative playmaker, the Portland left-wing had an abbreviated showing with the club in 2020-21, limited to six games though he still showed the offensive spark he did in the prior campaign when he provided the Winterhawks with solid secondary scoring support to the tune of 49 points counting 22 goals with 27 assists across 60 appearances that marked a 27-point improvement from his modest rookie season. A 2020 second-round selection by the Red Wings, the 19-year-old has spent three seasons with Portland in which he has tallied 32 goals and 43 assists for 75 points in 133 total outings. A native of Texas, Hanas’ international resume is highlighted by a four-game showing with Team USA at the 2019 Hlinka Gretzky Cup in which he tied for second in team scoring with three points.

Cross Hanas’ offensive creativity is through the roof.

Playing a strong two-way game, Sebrango succeeds in both ends of the ice because of his great skating ability. While solid in his own zone, the Kitchener Rangers rearguard regularly demonstrates his ability to move the puck up the ice as shown over his two seasons with the club in which he has put up career totals counting 13 goals and 43 assists for 56 points in 118 appearances. Selected in the third round of the 2020 NHL Draft, Sebrango played the 2020-21 campaign on loan in the pro ranks, first beginning with Slovakia’s tier-two HK Levice where he picked up three points in five games before joining the Red Wings’ farm club in Grand Rapids where he skated in 31 games. A 19-year-old native of Kingston, Ont., Sebrango agreed to terms on an entry-level contract with Detroit in March.

Hard-hitting @OHLRangers rearguard has signed a three-year entry-level #NHL contract with the @DetroitRedWings. 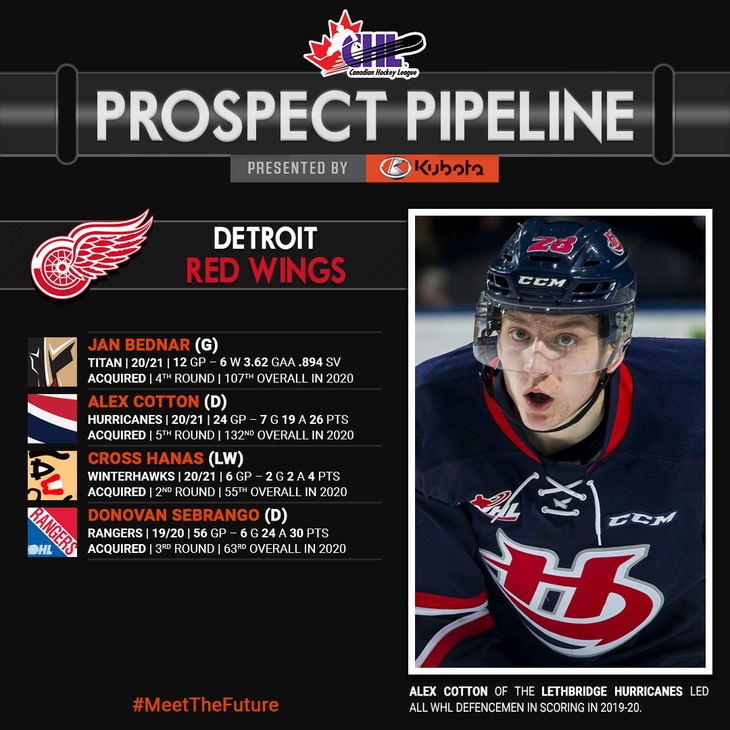