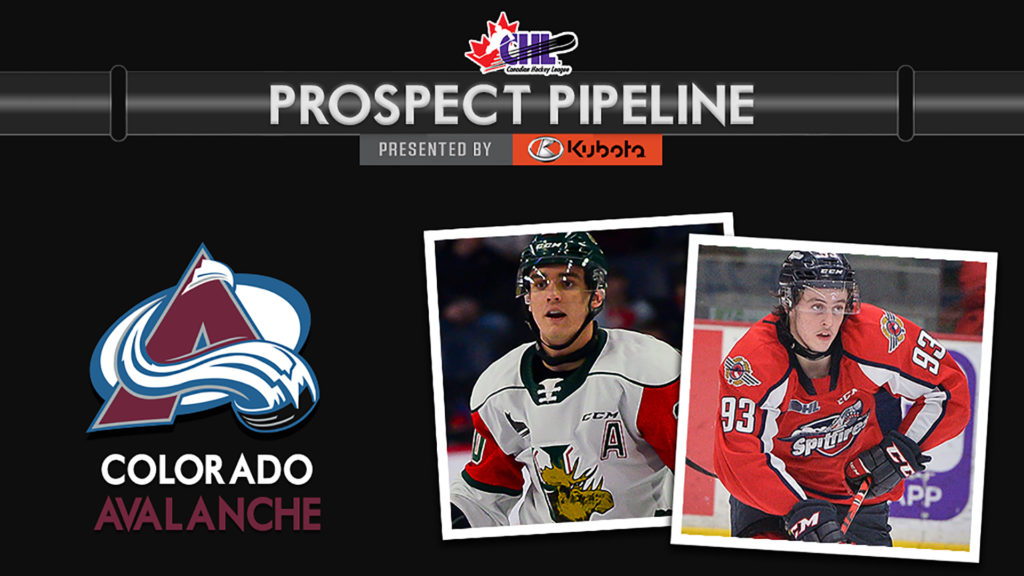 After missing extended time last year due to a blood clot issue, the budding blue-liner returned to the Halifax Mooseheads lineup this season where the first-year captain impressed in coming up with near point-per-game production that counted eight goals and 23 assists across 33 appearances. Chosen by his hometown Mooseheads in the first round of the 2017 QMJHL Entry Draft, Barron broke into the league only months later before putting up 21 points through 51 showings and earning a spot on the QMJHL All-Rookie Team. The accolades then continued in his sophomore year as Barron improved to 41 points and was a key cog in helping Halifax advance to the final round of the President’s Cup as well as a spot in the championship final as hosts of the 2019 Memorial Cup. In all, Barron has spent four seasons with the Mooseheads in which he has accumulated 23 goals and 89 assists for 112 points over 186 career contests. Meanwhile, the 19-year-old rearguard has also been a frequent participant on the international stage, with his trophy case counting a first-place finish at the 2018 Hlinka Gretzky Cup – where he led all Canadian defencemen with five points in as many games – as well as a silver-medal win at the most recent World Juniors. Selected 25th overall by the Avalanche in last summer’s NHL Draft, Barron elevated to the pro ranks this year following the completion of his season with the Mooseheads where he made seven appearances with the AHL’s Colorado Eagles in which he put up one goal and three assists before adding another three points in a pair of postseason appearances.

After helping the Rouyn-Noranda Huskies raise the QMJHL playoff championship trophy two seasons ago, Alex Beaucage is back at it again this spring as part of the Victoriaville Tigres who are currently ahead in the best-of-seven final versus Val-d’Or and aiming to capture their first league title since 2002. Joining Victoriaville ahead of the league trade deadline, Beaucage has put together a solid showing in both of his stops this season, with his stat line totaling 17 goals and 11 assists for 28 points through 22 games on the year. Through the postseason, that impressive production has only continued with his 22 points in 13 playoff contests tied for top spot in league-wide scoring. A trip to the winner’s circle would add to the trophy collection for the 19-year-old right-wing whose accomplishments also counts a Memorial Cup win with the Huskies in 2019 as part of a successful sophomore season when he finished third in team scoring with 79 points through 68 games. A 2019 third-round selection by the Avalanche, the Trois-Rivieres, Que., native has spent four seasons in the QMJHL in which he has registered 109 goals with 105 assists over 209 career contests.

A dominant defenceman who heard his name called fourth overall in the 2019 NHL Draft, Byram was a force for the Giants in the 2019 postseason as his 26 points in 22 games ranked top spot in playoff scoring as he was a driving factor in helping Vancouver advance to the Ed Chynoweth Cup Final. It also marked a continuation of a strong draft year for Byram who in 2018-19 finished second in team scoring with north of point-per-game production in registering 71 points through 67 showings, highlighted by 26 tallies that outpaced all rearguards league-wide and helped him earn a spot on the WHL Western Conference First All-Star Team. Originally chosen third overall by the Giants in the 2016 WHL Draft, Byram skated part of four seasons with the club from 2016-20 in which he amassed 150 points over 188 career contests, while this year saw the 19-year-old rearguard play on loan with the Avalanche where he average more than 17 minutes of ice time per night through 19 games. Internationally, the product of Cranbrook, B.C., also has a pair of gold medals to his name following first-place victories with Team Canada at the 2018 Hlinka Gretzky Cup as well as the 2020 World Juniors.

Bowen Byram – Through the Years..

As @BowenByram prepares for his NHL debut tonight with the @Avalanche, here's a look at his history with the Vancouver Giants and some of the important moments that have led him here today.

The younger brother of Columbus Blue Jackets forward and London Knights graduate Liam Foudy, the Windsor Spitfires centre brings the same blazing foot speed that helps him find success by creating offensive opportunities. A third-round selection in last summer’s NHL Draft, Foudy put together a solid sophomore season with the Spitfires in which he provided solid secondary scoring support to the tune of 15 goals and 28 assists for 43 points through 59 appearances. Originally chosen with the 10th pick in the 2018 OHL Priority Selection, the Scarborough, Ont., native made an immediate impression in the league in wrapping up his first season with 49 points including 41 assists to outpace all freshmen league-wide in the helpers column. Playing on loan this season with Sweden’s third-tier Morrums GoIS IK, the 19-year-old tried his hand at the pro ranks through 10 contests in which he picked up two goals with one assist before joining the Avalanche’s top-minor league affiliate where his 34-game slate totaled three goals and 11 assists.

Congrats to Jean-Luc Foudy on signing with the Colorado Avalanche!

A late selection in the 2019 NHL Draft class, the Vancouver Giants netminder is noted for playing a technically sound style complemented with other desirable attributes like his ability to handle the puck. Originally chosen by the Giants in the first round of the 2016 WHL Draft, the Brandon, Man., native played as the understudy or in a platoon role for his first three seasons before assuming the top job in the WHL’s recently completed abbreviated campaign. In all, Miner was particularly dominant as a sophomore when he came away with the victory in 24 of his 32 appearances while his .924 save percentage and 1.98 goals-against average both ranked third-best league-wide. This season, prior to returning to the Giants, the 20-year-old Miner also got a taste of the pro ranks in suiting up for six contests with the Avalanche’s farm club in which he put up a 2-3-1 showing with a respectable 2.86 goals-against average with a .903 save rate.

Congratulations to @trent_miner, who has inked a 3 year entry level deal with the @Avalanche! pic.twitter.com/Dg6XEvRWF6

A mid-round selection in the 2019 NHL Draft, the Tri-City Americans right-wing is an all-situations forward with a keen ability to find the back of the net. The 20-year-old Vancouver native has scored above a point-per-game through each of his past two seasons with the Americans, highlighted by a 67-point finish in 2019-20 in which he topped the team in scoring by a 23-point margin. The sixth pick from the 2016 WHL Draft, Mutala has collected 154 points over 217 career contests with Tri-City, while on the international stage he also helped Canada claim gold at the 2018 Hlinka Gretzky Cup. This season, a delayed start to the WHL campaign saw Mutala begin the year on loan in the pro ranks where he combined for 10 games with the AHL’s Colorado Eagles and the ECHL’s Utah Grizzlies prior to returning to Tri-City.

With six goals and 14 assists, Sasha Mutala is our 2020-21 Gerber Collision & Glass Offensive Player of the Year! 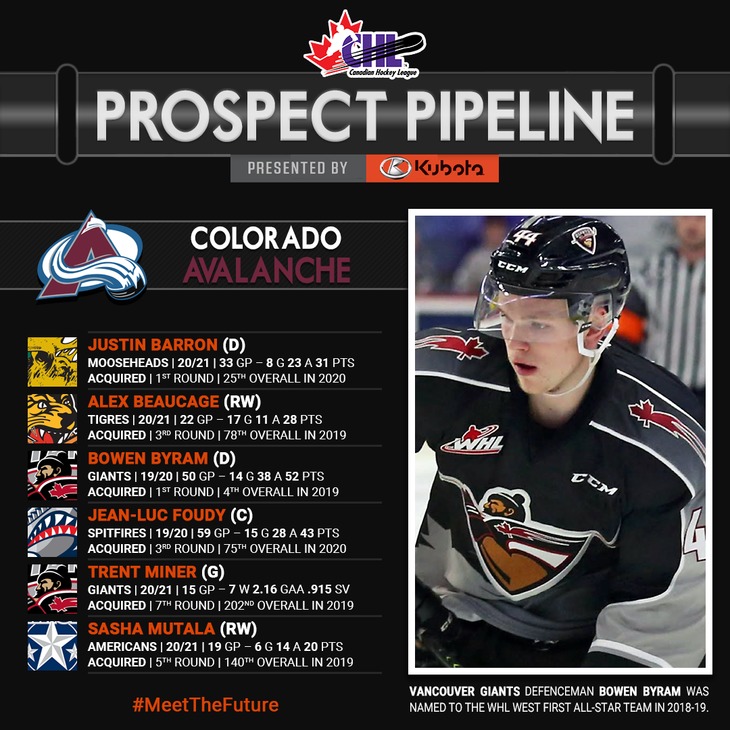