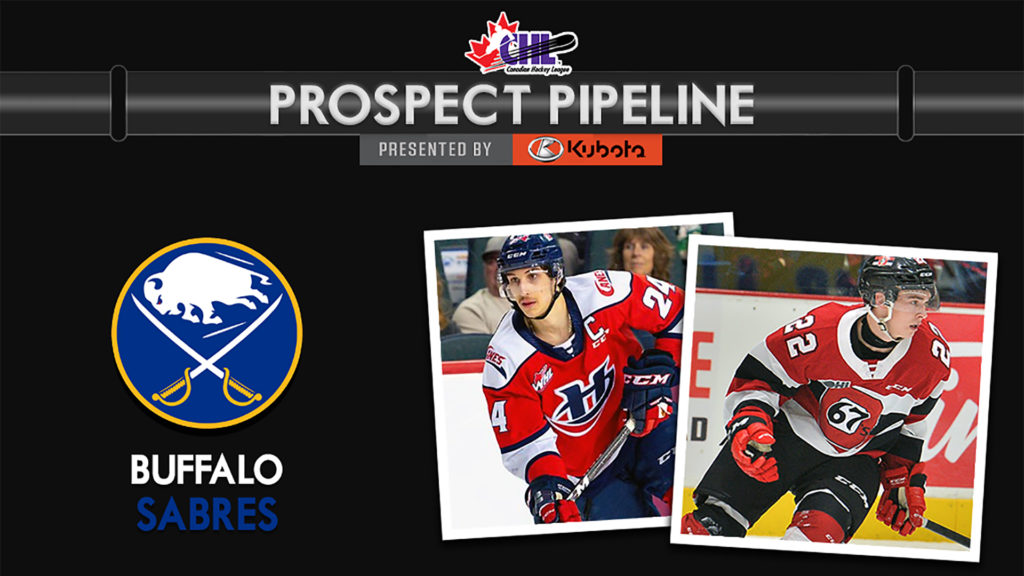 Selected seventh overall by the Buffalo Sabres in the 2019 NHL Draft, Dylan Cozens made history as the first Yukon-born player to be chosen in the opening round. Bringing high-end skill down the middle of the ice as a speedy centre, Cozens skated three full seasons with the Lethbridge Hurricanes from 2017-20 – including his most recent campaign when he served as co-captain. Over the course of his junior career, Cozens displayed his strong offensive instincts with regularity, beginning in his rookie season when he led all first years with 22 goals and was later recognized as the WHL Rookie of the Year. Not yet finished, the talented forward increased his goal production in each of the following two seasons, first tallying 34 times in 68 games in 2018-19 before dazzling with 38 markers in only 51 contests in 2019-20. In all, Cozens’ WHL career counts 179 total appearances in which he amassed 95 goals and 128 assists for 223 points, while his accolades also included WHL Eastern Conference First All-Star Team representation in his third season. On the international stage, Cozens has shined with Team Canada, winning gold and silver medals at the World Juniors, in addition to earning a spot on the World Junior All-Star Team at the most recent rendition in which he led all skaters with eight goals. In the interim, the 2001-born forward also got a taste of the pro ranks, making 41 appearances with the Sabres this season that saw him collect 13 points.

Splitting last season with the Barrie Colts and Sudbury Wolves, the skilled left winger was an effective point producer with both clubs, ultimately wrapping up the year with a combined 28 goals and 35 assists across his 51 appearances. Originally Barrie’s second pick in the 2018 CHL Import Draft, the Czech native has also been a frequent participant under the international spotlight highlighted by two World Juniors showings as well as this season when he began the year on loan with Bili Tygri Liberec of the top professional Czech league. There, Pekar picked up four points in 13 games before later joining the two-tier Benatky nad Jizerou where he impressed with nine points in as many outings. Upon returning to North America, Pekar made his debut with the AHL’s Rochester Americans, later 25 totaling games. Originally chosen by Buffalo in the fourth round of the 2018 NHL Draft, the 2000-born forward will continue his career in the pro ranks next season.

🚨 ICYMI: Stick taps are in order for rookie forward, Matej Pekar, on notching his first pro goal during the third period of last Saturday's game against the Syracuse Crunch.

Jack Quinn truly excels at hockey’s most important aspect – scoring goals. Skating in his second season with the Ottawa 67’s, the 2001-born left-wing made tremendous strides from his first-year finish when he wrapped up that campaign with a modest 32 points across 61 appearances. The following season, the undersized late bloomer was phenomenal, amassing 89 points counting 52 goals and 37 assists in 62 games, making him one of just two CHL skaters from coast-to-coast to reach the 50-goal plateau in 2019-20. That accomplishment also saw Quinn become just the eighth OHL talent in the past 20 seasons to score at least 50 goals in his first draft-eligible season, putting him in exclusive company with talented NHL lamp lighters like Patrick Kane, Steven Stamkos, and John Tavares. Selected eighth overall by Buffalo in the 2020 NHL Draft class, Quinn spent the following season on loan with the Sabres’ AHL farm team in Rochester. In the minor pros, Quinn made 15 appearances in which he tallied two goals with seven assists, while he also got a chance to experience the pro ranks in later joining the big club’s taxi squad. A native of Cobden, Ont., Quinn participated for the first time with Hockey Canada’s Program of Excellence in being named to the 2021 World Juniors squad where he offered up solid secondary scoring support in producing five points through seven showings.

And just like that, Jack Quinn makes it a one-goal game with his first professional marker. 🥳 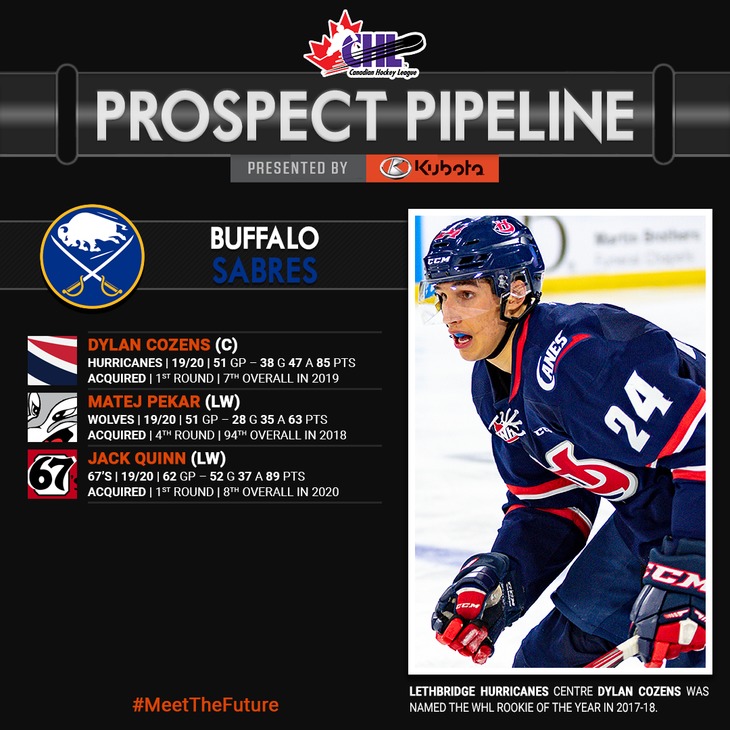