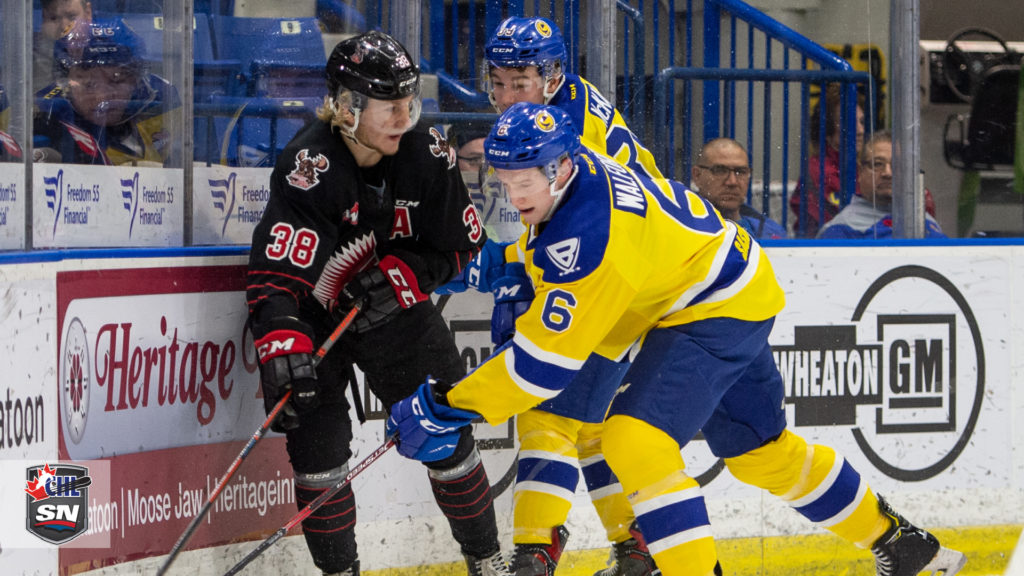 Sunday afternoon, Sportsnet will turn their cameras on the Western Hockey League’s East Division as the Moose Jaw Warriors and Saskatoon Blades get set to tango at the SaskTel Centre.

Though it’s a cliché by now, all games within the East Division still matter on a nightly basis, ensuring neither team involved can coast on by.

In fact, both teams will enter Sunday’s matchup with extra motivation following stinging losses Saturday. The Blades took a 4-1 defeat on home ice against the Calgary Hitmen and the Warriors lost a 7-3 road contest to the Swift Current Broncos.

Given their current positioning in the standings and a desire to move ahead, neither team will want to let this game or the two points pass them by.

After placing second in the East Division last season to the Prince Albert Raiders, the Blades are determined to make another run for the top spot in the division, currently reprising the same placing this season. For the Warriors, they currently hold the second wild card spot in the Eastern Conference by a single point, with the Red Deer Rebels and Brandon Wheat Kings right behind them looking to play their way into the WHL Playoffs.

Sunday’s matchup will also be about fresh faces as the Blades and Warriors go into the national spotlight. One the Blades’ side an off-season deal saw them acquire defenceman Scott Walford, who has proved himself capable in being one of the team’s leaders from the blue line. As for the returnees, Chase Wouters and Riley McKay have also added steady offensive presences as well.

The Warriors will counter with a big off-season acquisition of their own in Ryder Korczak. Acquiring the forward in the Jett Woo trade at the 2019 WHL Bantam Draft, Korczak has quickly taken to a leading offensive role with the Warriors in his home province. The shrewd moves made to acquire overage forwards Jadon Joseph and Owen Hardy have also paid off, with the pair becoming integral parts of the team’s offence.

On Moose Jaw’s returning side, it doesn’t get much better than Brayden Tracey. The Anaheim Ducks prospect has proven his worth once again as an offensive standout and will be on the minds of fans and defences alike Sunday.

Catch all the action beginning with puck drop at 1:30 p.m. MT!

Before we close the books on the 2019 @cibc #CANvsRUS Series, let us acknowledge this unique feat by @BladesHockey goaltender Nolan Maier. 👏👏👏#WHLStats pic.twitter.com/9PbVBfpiuW