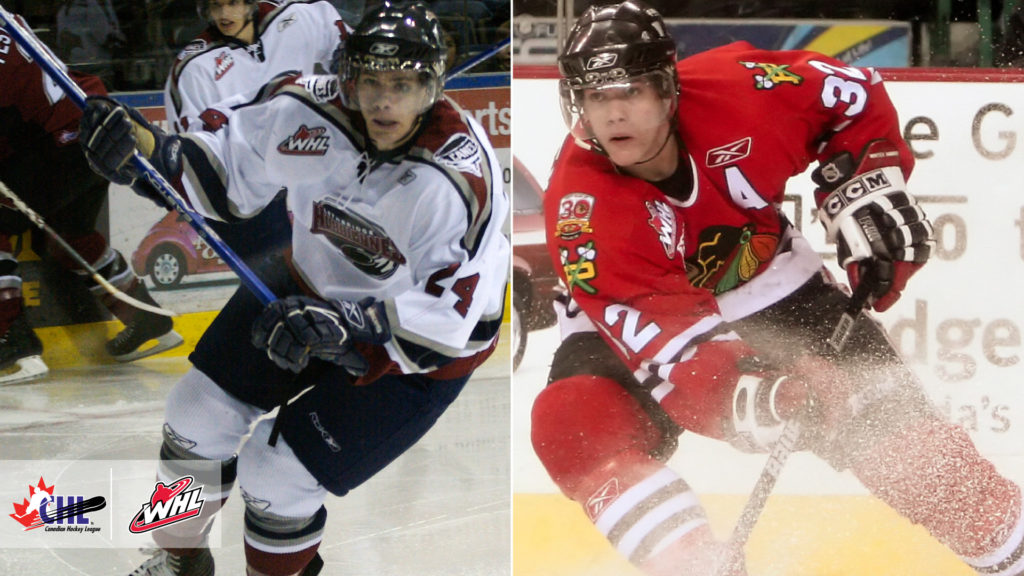 Kyle Bailey’s time in the Western Hockey League provided a lifetime of memories.

Splitting time between the Portland Winterhawks and Lethbridge Hurricanes, Bailey skated 263 career contests including the 2006-07 campaign in which he captained the Winterhawks before later heading north to Lethbridge.

“It’s such a thrill thinking back. Coming from a small town that only has about 5,000 people, where growing up you always have this goal (of playing), and the small probability of it actually happening, it was an honour,” the Ponoka, Alta., native told Junior Hockey Magazine as part of its CHL Leaders segment. “It’s something I look back on so fondly. It was such an enjoyable time in my life.”

Now working as a financial adviser in his hometown, Bailey reflected back on his time in the WHL and how it served as a springboard to his success later in life.

“I was very lucky during my time in Portland where we had a great team and a great support system that pushed you and held you accountable on the education side,” Bailey detailed. “Our educational consultant, Hazel Hansen, was kind of a legend for really cracking the whip on us and making sure we were good with our schooling. My guidance counsellor also helped me out so much when I was in high school in Portland and making sure that we were comfortable, getting the right classes, and that everything was transferable back to Canadian education.”

Bailey’s impressive showing through his early goings with the Winterhawks ultimately led to his selection in the fourth round of the 2005 NHL Draft by the Minnesota Wild, an unforgettable moment and the pinnacle of his hockey career.

“That was such a peculiar year because it was the year the NHL was coming out of the lockout and it was the Sidney Crosby draft. I never played in the NHL but it is cool given his success to be tied to that particular draft year because it’s kind of a famous one,” Bailey recalled. “It was such a cool moment and I will never forget the feeling when Tom Thompson, the assistant GM of the Wild, called me to let me know they had drafted me.”

Ultimately electing to attend the University of New Brunswick where he earned his undergraduate degree in finance and later his master of business administration all while suiting up for the varsity Reds for five seasons, Bailey always recognized the value of education.

“It was just so clear to me that I should be going to school,” Bailey concluded. “It was a choice but it wasn’t a difficult one. I knew that I do well in school and I am forever grateful for the scholarship program. When you are playing in the WHL, you are very aware of it and cognizant of the fact that it is there but you don’t think about it because you’re a young kid trying to make the NHL.

“The older you get, you appreciate it more and more. I certainly appreciated it while I was going to school but now that I am older and have kids of my own, you appreciate it even more. To be able to do that and take any financial hardships off myself or my parents was just huge and I’ll forever be grateful for that.”