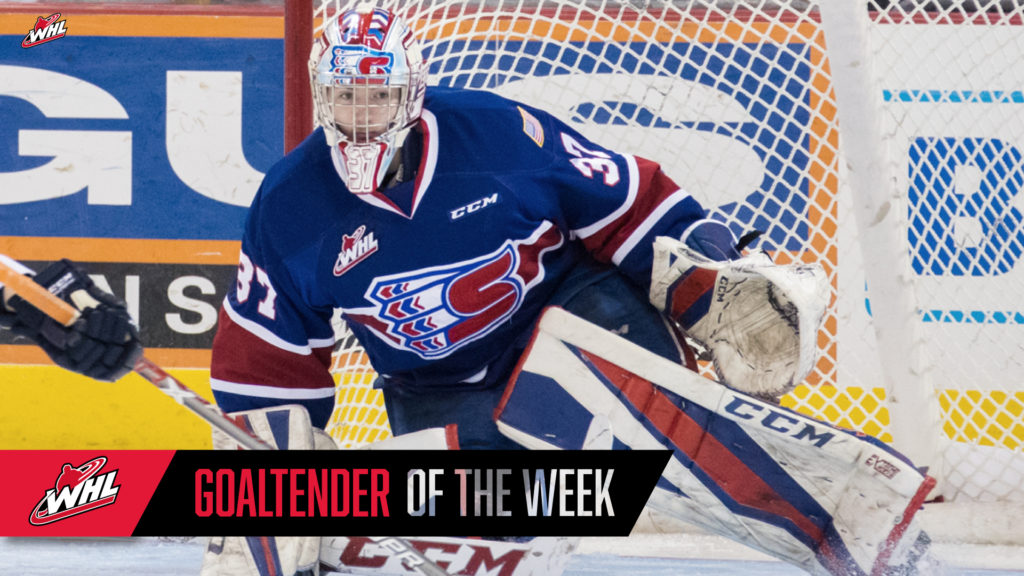 Weatherill, a product of Red Deer, Alta., collected points in all three of his appearances this past week as the Chiefs continued to prove they’re contenders in a strong U.S. Division.

The 6-foot-4 puckstopper opened the week with a 27-save performance on October 18 in a 2-1 win versus Moose Jaw, before following up with a 23-save performance in a 3-2 shootout loss versus Kamloops on October 20. Weatherill wrapped up the week with a solid 22-save effort in a 6-0 win at Edmonton on October 22. Through three contests, the rangy netminder finished with a 0.97 goals-against average and .960 save percentage.

Weatherill’s shutout earned him recognition as the WHL’s third star of the night for October 22.

Weatherill and the Chiefs return to action Tuesday, October 24 (7 p.m. MT) when they visit the Calgary Hitmen.