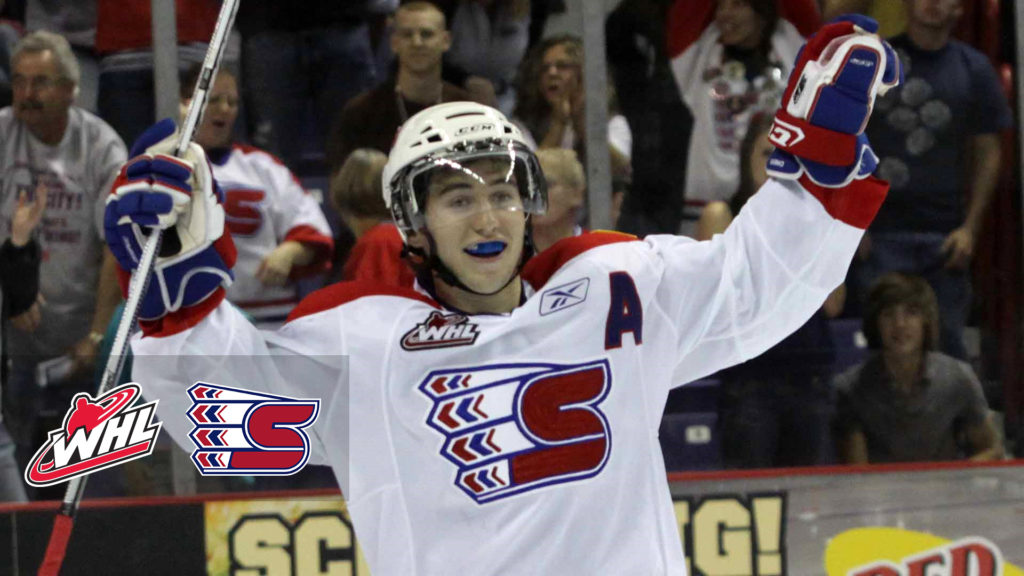 Spokane, Wash. – The Spokane Chiefs announced Tuesday that on February 4, 2022, the franchise will officially retire the number nine in honour of former player and long-time NHL star Tyler Johnson. The Spokane product is expected to be on hand for the recognition to raise his number over the ice in a pre-game ceremony at Spokane Arena. Johnson joins forward Ray Whitney (14) as the second player to have his number retired by the Chiefs.

“What is there to say about Johnny that hasn’t been said already?” said Chiefs Managing Partner Bobby Brett. “Tyler was a champion here in Spokane, was a champion in the AHL and is now twice a champion in the NHL. Even more importantly, he has been an outstanding ambassador for our city, our organization and the hockey community here in the Inland Northwest.”

“Just like Ray (Whitney), Tyler’s number will hang high in the rafters at Spokane Arena, alongside the WHL and Memorial Cup Championship banners he helped our team earn in 2008,” Brett added. “We couldn’t be more excited to give him this honour.”

Born and raised in Spokane, Johnson had a prolific junior career with the Chiefs, piling up 128 goals and 282 points in 266 games. He helped the team win a WHL Championship and Memorial Cup CHL in 2008, earning Playoff MVP honours in the process. He won the Brad Hornung Trophy as the WHL’s Most Sportsmanlike Player during the 2010-11 season as he capped his Chiefs tenure with a 115-point campaign, including a league-best 53 goals, helping the club return to the Western Conference Championship. During his junior career he also represented the United States, winning a gold medal at the 2010 IIHF World Junior Championship.

Johnson signed as a free agent with the Tampa Bay Lightning organization and spent two seasons with their AHL affiliate, scoring 133 points (68G-65A) in 137 games over two seasons. He won a Calder Cup Championship (AHL) with the Norfolk Admirals in 2012, chipping in 14 points (7G-7A) during the extended playoff run. He opened even more eyes in his second season, winning 2012-13 AHL MVP honours after posting 37 goals and 65 points in just 62 regular season games, adding 21 points (10G-11A) in 18 postseason contests.

Johnson first became an NHL regular in 2013 and he has turned in 361 points including 161 goals in 589 career regular season games over eight full seasons. The speedy forward was named to the NHL’s All-Rookie Team in 2013, competed for the United States at the 2014 IIHF World Championship, and was nominated as an NHL All-Star in 2015. He was also a consistent playoff performer for the Bolts, scoring 32 goals and 33 assists for 65 points in 116 games, leading the NHL in postseason points during his first run to the Stanley Cup Final in 2015. He chipped in seven points in each of Tampa Bay’s last two runs as the franchise won back-to-back Stanley Cup Championships.

He was traded to the Chicago Blackhawks during the offseason and will begin his first season in the Windy City this fall.