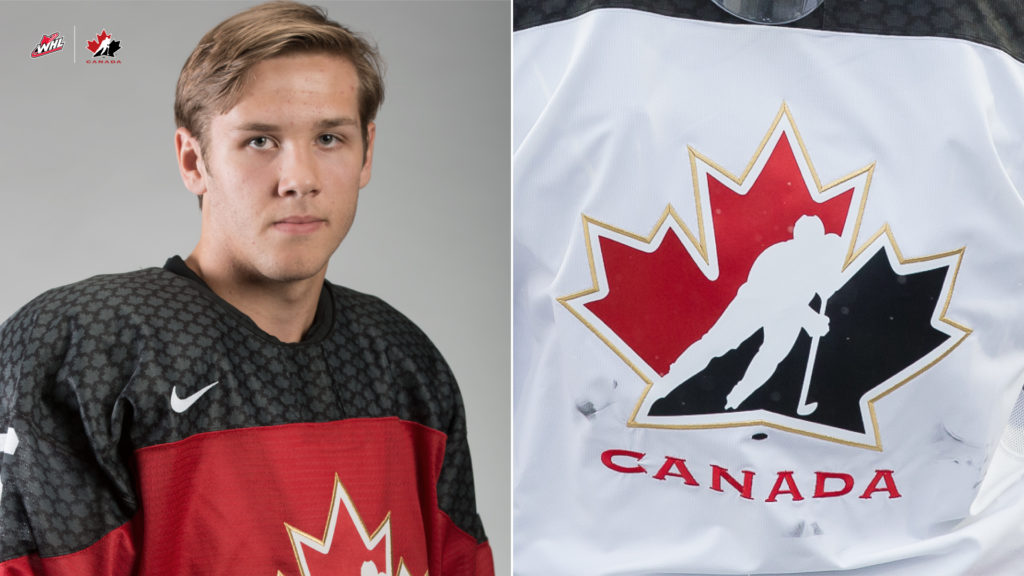 Canada’s pursuit of gold at the 2018 IIHF U18 World Championship began with a 6-4 win over the defending champion from the United States of America Thursday in Russia.

Defenceman Ty Smith (Spokane Chiefs) represented Canada as the team’s captain during the game, finishing with a pair of shots and a plus-one rating in the contest.

A three-goal second period helped Canada secure the victory Thursday. Raphael Lavoie led Canada with a pair of goals while Kevin Bahl and Liam Foudy each recorded a goal and an assist.

Tied 1-1 after 20 minutes, the USA went ahead 2-1 early in the second, only to have Canada respond with three goals in the period to make it a 4-2 score after 40 minutes.

The United States came back in the third with a pair of goals to tie up the score at 4-4, but a goal from Canada midway through the period and an empty-net goal provided the two-goal cushion to victory.

Goaltender Colten Ellis stopped 31 of 35 shots in the victory.

In other round-robin play, Gillian Kohler (Kootenay ICE) began his tournament with Switzerland, being held to no shots in a 3-1 loss to Sweden.