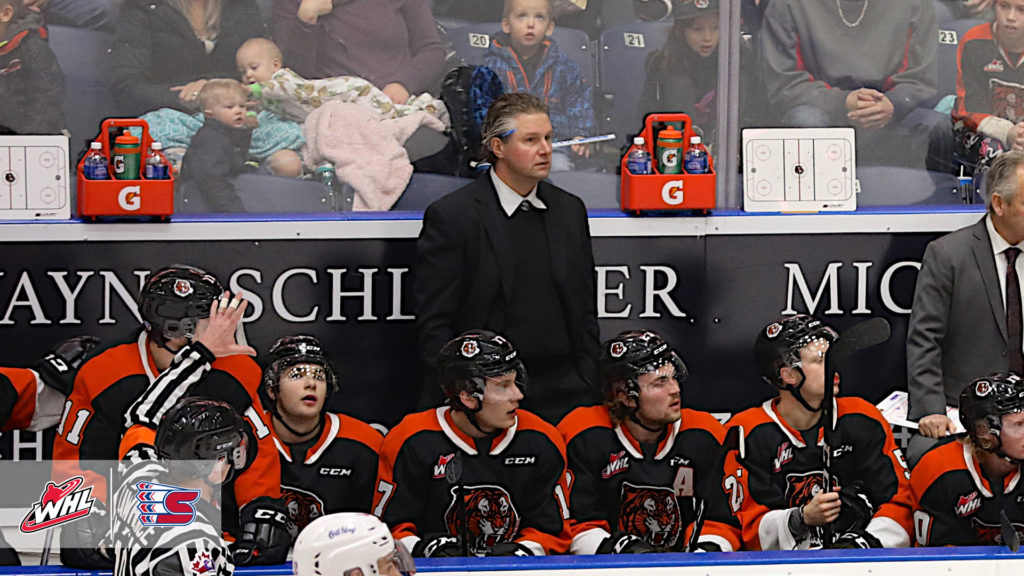 Spokane, Wash. — The Spokane Chiefs announced on Monday that they have hired Ryan Smith as the organization’s new associate coach. Smith was most recently an assistant coach with the Medicine Hat Tigers.

“We’re thrilled to bring Ryan on as an associate coach,” said Chiefs’ general manager Scott Carter. “He checks all the boxes we’re looking for in a coach and we’re confident he and (head coach) Adam Maglio will continue our organization’s strong tradition of excellent coaching staffs. I’d also like to thank the Medicine Hat Tigers for permitting us to pursue Ryan for this position.”

“After the conversations I had with everyone involved in the interview process, I felt that this was an opportunity I did not want to miss,” said Smith. “The Chiefs are an outstanding organization with outstanding people and outstanding vision. I love to win and hope to see many victories in Spokane.”

Smith boasts five years of WHL coaching experience, including the last two seasons as an assistant with the Tigers. Prior to that, he spent three years (2015-18) as an associate coach with the Swift Current Broncos, the final two under Viveiros, who was then general manager and head coach of the Broncos. Swift Current won the WHL Championship in 2018.

“I have had the pleasure of being around some really good coaches and people over my career in the WHL: Mark Lamb, Manny Viveiros, Shaun Clouston, Willie Desjardins,” Smith added. “All of these guys have had an influence on me.”

“I met Adam (Maglio) last season when the Chiefs were in Medicine Hat and have had conversations with both him and Manny (Viveiros) since. He is very driven, has a sharp mind for the game and most importantly is a good person. I think we’ll work very well together.”

Before moving to the WHL, Smith coached extensively at the Junior ‘A’ level, including stints with the Winnipeg South Blues and Selkirk Steelers of the MJHL as well as the Humboldt Broncos of the SJHL. He was MJHL Coach of the Year for the 2013-14 season with the Steelers.

As a player, Smith was a high-scoring forward. He appeared in seven WHL games with the Seattle Thunderbirds during the 1992-93 season and was MJHL Most Valuable Player for the 1993-94 season before a long and distinguished professional career in Europe from 1997-08.

“I’d like to thank Darrell and Brent Maser and the entire Tigers organization for two great years in Medicine Hat,” Smith continued. “They are a classy organization that will always hold a special spot in my heart.

“I’m extremely honored to be given this new opportunity. Thanks to Bobby Brett, Scott Carter, Mark Miles, Adam Maglio and the rest of the Chiefs’ organization for welcoming me. I’d also like to thank my wife Kelly, my son Kai and my daughter Vayda for their continued support of my career.”

🤝 | We are extremely pleased to announce that Ryan Smith has been hired as the Chiefs' new Associate Coach.