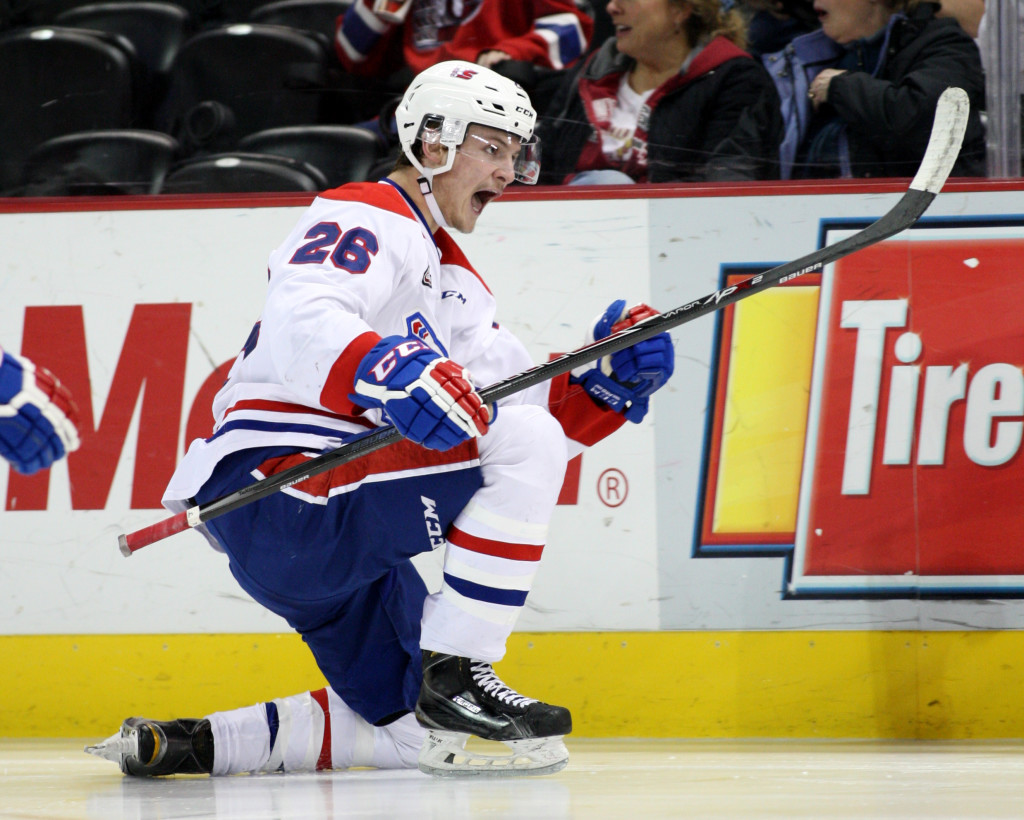 The Spokane Chiefs opened the tourney with a 4-3 overtime victory against the Everett Silvertips, while the host Tri-City Americans scored a 5-3 win over the Prince George Cougars to round out the evening.

In the afternoon affair, Chiefs import centre Pavel Kousal scored with 1:52 to play in regulation, tying the contest at 3-3 and forcing overtime.

Chiefs veteran Hudson Elynuik made the Silvertips pay for surrendering the lead by scoring only 30 seconds into the extra period. The goal was Elynuik’s second of the night, after he opened the scoring midway through the first period. The Carolina Hurricanes prospect (2016 – third round, 74th overall) finished with a three-point performance, adding an assist on a first-period goal by defenceman Jeff Faith.

Between the pipes, 19-year-old Jayden Sittler registered the win for Spokane, turning aside 27 of the 30 shots he faced. Acquired in an off-season trade with the Lethbridge Hurricanes, Wednesday marked Sittler’s first appearance with his new club.

At the other end of the rink, reigning CHL Goaltender of the Year Carter Hart took his second loss of the pre-season, surrendering three goals on 25 shots.

With the loss, the Silvertips fell to 1-2-1 in pre-season action. Everett will look to get back in the win column Thursday afternoon (4pm PDT) when they face the Portland Winterhawks in Kennewick.

Meanwhile, the Chiefs improved to 2-1-1 in exhibition play. Spokane will take on the Red Deer Rebels on Saturday, Sept. 10 (3pm MDT) in Kennewick.

Trailing 2-1 heading into the final 20 minutes of play, the Tri-City Americans used a four-goal third period to stun the Prince George Cougars and escape with a 5-3 triumph.

Americans centre Carson Focht registered his second goal of the pre-season on a power play to put Tri-City ahead 4-3 with only 3:35 remaining in the third period before left winger Jordan Topping iced the decision with an empty-net tally late in the proceedings.

The 19-year-old Topping finished the night with a goal and two assists, while Focht put up a pair of markers. Centre Keltie Jeri-Leon and defenceman Dakota Krebs also found the back of the net for the Americans.

Centre Kody McDonald opened the scoring on behalf of the Cougars and finished the night with two goals to his name. Winnipeg Jets prospect Jansen Harkins (2015 – second round, 47th) added a goal and an assist to round out the scoring. Veteran left winger Jesse Gabrielle also found the scoresheet with two helpers.

In net, Beck Warm earned the start for the Americans steering aside 11 of the 12 shots sent his way through 31:51 of crease time. But it was Nicholas Sanders who came on for the final 28:09, blocking 14 of 16 shots to claim the victory.

For the Cougars, veteran Nick McBride stopped 18 of 19 shots over the course of 31:51, while 2016 first round pick (ninth overall) Taylor Gauthier came on in relief, allowing three goals on 16 shots over the final 28:09.

Broken glass behind the Tri-City goal late in the second period caused a brief delay in Wednesday’s proceedings.

The Cougars are 1-2-0 through three pre-season outings and will look to bounce back Thursday evening (7:35pm PDT) when they take on the Kootenay ICE.

Thursday in the WHL