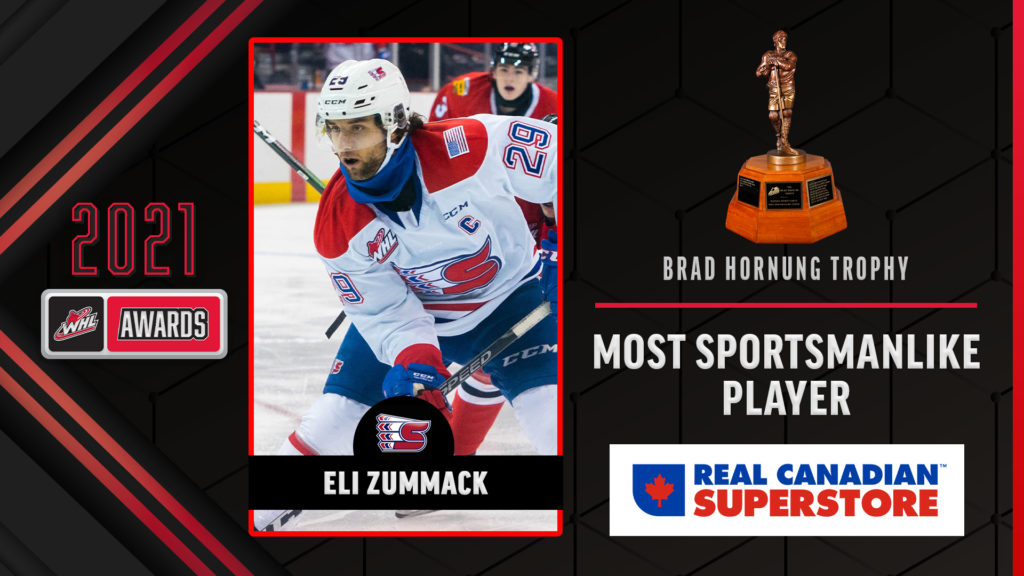 The 21-year-old finished second in Chiefs scoring with 22 points (9G-13A), leading the team in assists and short-handed goals (two), all while registering only four minutes in penalties.

Zummack is the second U.S. Division skater in as many seasons to win the Brad Hornung Trophy, after Carolina Hurricanes prospect Seth Jarvis (Portland Winterhawks) claimed the award during the 2019-20 campaign. Overall, Zummack becomes the fourth Chief to win the Brad Hornung Trophy, following in the footsteps of forwards Tyler Johnson (2010-11), Steve Junker (1991-92) and Pat Falloon (1990-91).

Zummack has totalled 239 points (70G-169A) in 254 WHL regular season games, adding 19 more points (6G-13A) in 22 playoff appearances. He graduates from the WHL having spent his entire career with the Chiefs, who originally selected the Kelowna, B.C. product in the second round, 36th overall, in the 2015 WHL Bantam Draft. 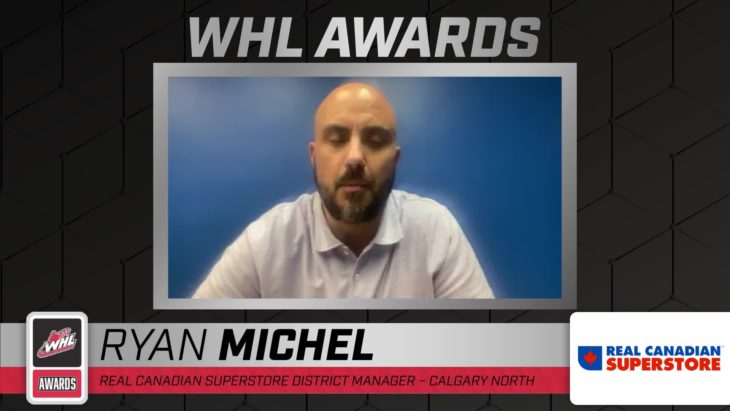 Noted for his talent, desire and sportsmanlike attitude, Brad Hornung is revered in Western Canadian hockey circles. The Brad Hornung Trophy for Most Sportsmanlike Player is awarded annually to the player that best combines those same attributes.