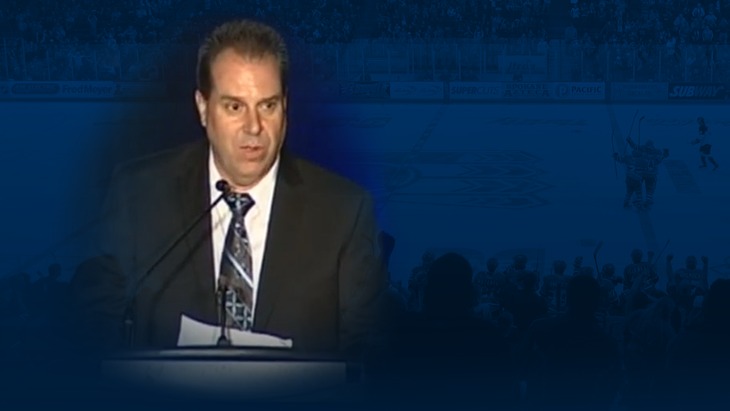 The Spokane Chiefs have settled on a successor for longtime general manager Tim Speltz, announcing the hiring of Scott Carter, a 2012 inductee into the British Columbia Hockey Hall of Fame, Thursday morning.

“Scott stood out for a number of reasons,” said Bobby Brett, managing partner of the Chiefs, at the team press conference Thursday. “He has a varied resume and has a tremendous passion for hockey and work ethic.

“We draft and sign what we call ‘Chief-type’ players and wanted a guy that would fit into that culture but also bring new ideas. We’re always looking to get better. The more I got to know Scott and checked in with his references, it was clear that we made the right choice.”

Carter will look to fill the shoes of Speltz, who accepted a role as director of western area scouting with the NHL’s Toronto Maple Leafs on Aug. 16. Speltz had served as the Chiefs’ general manager since 1990.

“Thank you to Bobby and the ownership group for providing this great honour,” Carter said at the Chiefs press conference Thursday. “Following a guy like Tim Speltz, who is really a legend in the Western Hockey League, built a great staff and created an unbelievable blueprint… I don’t have to do a whole lot to change things. Just follow the blueprint and bring new ideas where I can.”

In addition to his role with the B.C. Hockey Hall of Fame, Carter brings with him extensive experience in hockey operations, having served from 1987 through 2015 as a scout with the NHL’s Vancouver Canucks, Anaheim Ducks and Toronto Maple Leafs.

A native of Penticton, B.C., Carter has a longtime history with Penticton’s Junior A franchises, having won a national championship with the Knights in 1986. Further down the line, Carter bought into the BCHL’s Vees franchise in 2004, organizing a community ownership group before selling his shares in 2012.

As president and general manager of the Vees, Carter was voted the BCHL’s Executive of the Year in 2005.

Most recently, Carter was the president for Vaughn Hockey Canada, having taken on that role in 1996 after becoming a full partner in Vaughn Custom Sports. He also recently completed a consulting position with the Canadian Sport School Hockey League.

Outside of being a member of the B.C. Hockey Hall of Fame in the builder’s category, Carter was a founding member of the hall in 1991.

“I met Chris Moulton [director of player personnel], Don Nachbauer [head coach], the coaching and training staff,” Carter said. “The one word that kept coming back after meeting more and more people in the Chiefs organization was ‘family’. There is a family atmosphere here and that is very important.”

With all that in mind, the bar is set high for Carter as he looks to continue building upon the track record of success established by Speltz.

The Chiefs 2016 WHL pre-season continues Saturday, Sept. 10 (4 p.m. MDT) as they take on the Red Deer Rebels in Kennewick, Wash.