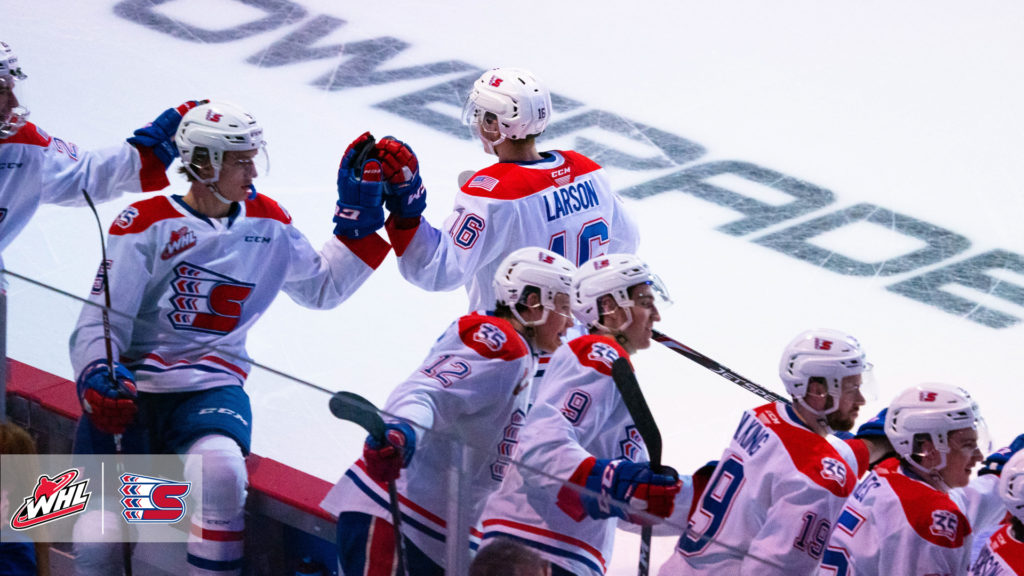 Spokane, Wash. – The Spokane Chiefs announced on June 8, 2020, that multiple members of the organization’s hockey staff have signed contract extensions.

“We’re very happy with the performance of our hockey staff,” said general manager Scott Carter. “We are proud to have them as part of the Chiefs family and look forward to more success to come.”

Hammett, who leads the Chiefs’ scouting department among other duties, enters his second year with the Chiefs after being hired in July 2019. He was previously an executive and scout for multiple National Hockey League clubs.

Gore and Plewis were also hired in 2019 and enter their second season with the club. Gore previously worked with the Kamloops Blazers and Prince George Spruce Kings of the British Columbia Hockey League (BCHL). Plewis spent time with the Portland Winterhawks and Penticton Vees of the BCHL.

Lindblade is entering his eighth season with the Chiefs after being hired in the summer of 2013. He previously worked with the Wenatchee Wild of the then North American Hockey League (NAHL).

Everson is the longest tenured of the five extended, having worked with the Chiefs in some capacity for 30 years, beginning as liaison counsellor for the team at Joel E. Ferris High School. He has officially served as Education Advisor for the Chiefs for the last 12 seasons, during which the team has been recognized as the WHL Scholastic Team of the Year (2015-16) and twice had a player named WHL Scholastic Player of the Year (Reid Gow in 2011-12 and Ty Smith in 2017-18).