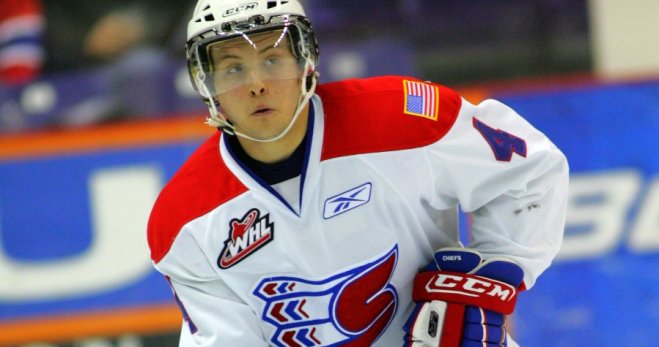 Vanscourt was selected by the Kootenay Ice in the seventh round of the 2007 WHL Bantam Entry Draft and notched one goal in 29 games with the Ice as a 16-year-old in 2008-09. He was listed by the Spokane Chiefs in June 2010 and notched 4 goals and 23 points in 57 games with the Chiefs last season.

“We are pleased to add an experienced puck moving defenceman to our line up,” said Raiders Head Coach and General Manager Bruno Campese. “We wish Lee-Knight the best of luck in Spokane and in all of his future hockey endeavours.”

The Spokane Chiefs have acquired 18-year-old goaltender Luke Lee-Knight and a fifth round bantam selection in 2012 from the Prince Albert Raiders in exchange for defenseman Tyler Vanscourt.

“This trade was dictated by our abundance of young defensemen ready to take the step and play in the WHL,” Chiefs General Manager Tim Speltz said.  “It strengthens our draft position, which is always important, and also strengthens our goaltending position.

Lee-Knight finished fourth in the Alberta Midget Hockey League (AMHL) with a 2.56 Goals Against Average last season while playing with the Calgary Royals.

The 19-year-old Vanscourt appeared in 57 games last year for the Chiefs, his only season in Spokane, and scored four goals and 23 points.  He was +3 with 49 penalty minutes.

Lee-Knight will arrive in Spokane when travel dictates.

Spokane will play their final two games of the pre-season this week including Thursday night’s home game at Eagles Ice-A-Rena versus the Tri-City Americans at 7:00 p.m. 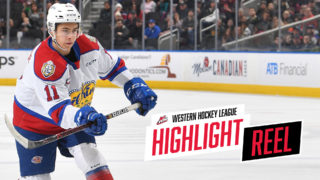