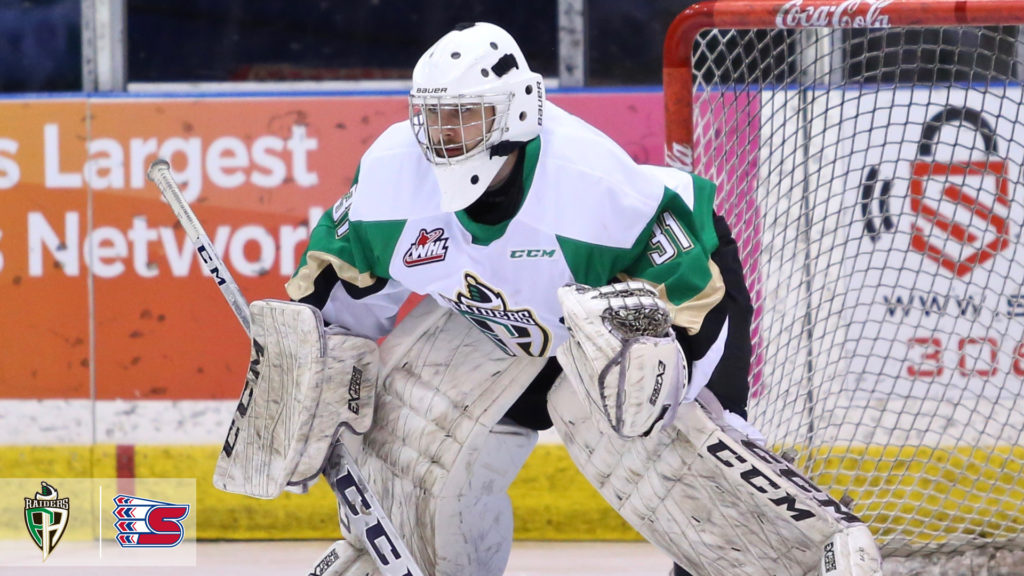 Spokane, Wash. – The Spokane Chiefs announced that they have acquired goaltender Brett Balas from the Prince Albert Raiders in exchange for a ninth-round selection in the 2023 Western Hockey League Bantam Draft.

Balas, a 2001-born netminder from Calgary, Alta. appeared in three games with the Raiders last season as a 17-year-old, posting a 2.96 goals-against average and .857 save percentage. Last year, he played the majority of the season Calgary Canucks of the Alberta Junior Hockey League (AJHL) recording a 5.27 GAA and .879 SV% in 32 regular-season games. Balas was originally a third-round selection, 51st overall, by Prince Albert in the 2016 WHL Bantam Draft.

“We are happy to welcome Brett to the Spokane Chiefs,” Scott Carter, Chiefs general manager said. “He will be a good addition to our dressing room and provide some depth at the goalie position.” 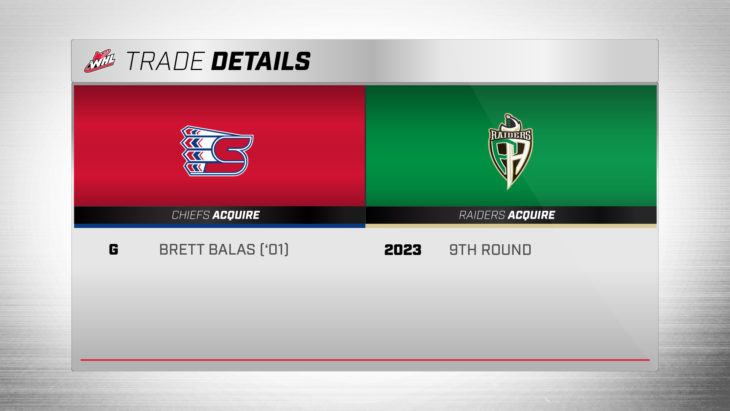