Checking in on #GrowStronger Gardens with Kubota Canada 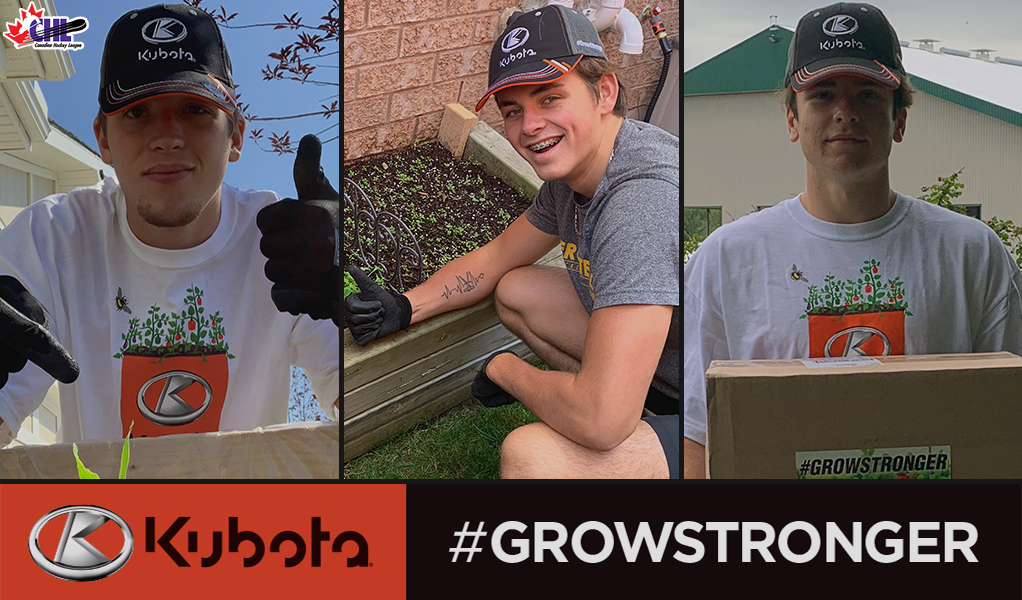 Over the last month, the Canadian Hockey League has continued to share the #GrowStronger message in partnership with Kubota Canada.

Jake Neighbours (Edmonton Oil Kings), Braden Hache (Kingston Frontenacs), and Mavrik Bourque (Shawinigan Cataractes) started their gardens one month ago with help from Kubota Canada. Each participating player was provided thirteen seeds, gloves, and helpful instructions to guide them through the early stages. Each player has demonstrated that all Canadians can start their own garden to grow food and appreciation regardless of their property size, space, or gardening experience.

Learn how you can start your own Victory Garden at https://t.co/4f7y4ljrhr pic.twitter.com/ncEswP3ePB

.@KubotaCanadaLtd's #GrowStronger program is modelled after the Victory Garden that emerged following both World War I and World War II in hopes to boost morale and assist with the food supply.

Do like @Mavbourque and join the movement today! 👨‍🌾🍅 pic.twitter.com/UCI6S7odyj

Looks like both @jake_neighbours & his @KubotaCanadaLtd Victory Garden have been soaking up the ☀️ this week! pic.twitter.com/gIyk1KO8I1

For more details on how to start your own garden, visit: https://t.co/86Ujt52Jdc pic.twitter.com/JgzBIVq7Nr

Kubota Canada has partnered with Food Banks Canada to donate one meal for every person who shares their #GrowStronger social media message below and spreads the call to gardening. Kubota Canada will also donate five meals for every new garden built. Canadians are encouraged to tag @KubotaCanada and hashtag #GrowStronger in their garden updates on social media in order to donate meals to Food Banks Canada.

Join Kubota Canada and donate over 200,000 meals to @foodbankscanada! Each shared post donates 1 meal with an additional 5 meals donated for each garden shared using #GrowStronger and tagging @KubotaCanadaLtd! pic.twitter.com/keI1NKKuG5

For more information and to donate to Food Banks Canada, visit www.kubota.ca/growstronger.