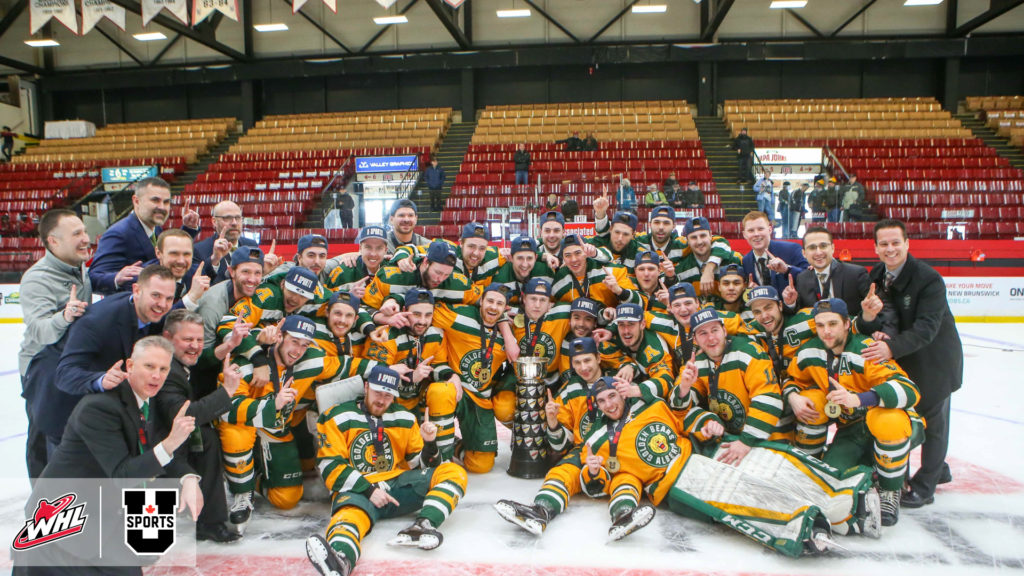 CBC Sports and U SPORTS announced Thursday an agreement that will see live English-language streaming coverage of the 2020 Cavendish Farms University Cup. The national men ‘s hockey championship will be available across Canada on the free CBC Gem streaming service and to audiences worldwide via CBC Sports digital platforms.

The men’s tournament runs from March 12 to March 15 in Halifax, N.S. and will feature teams across U SPORTS conferences.

Each season, the WHL is one of the leading suppliers to U SPORTS hockey programs. The WHL Scholarship allows players to further their education while also playing elite hockey at the U SPORTS or collegiate level across Canada.

Since 1993, the WHL has awarded over 6,000 scholarships to graduate players representing an investment in excess of $25 million by WHL Club Ownership. The WHL is the leading supplier of scholarships in Western Canada and offers one of the most comprehensive scholarship in North America.

“We are extremely pleased to continue the momentum we launched with CBC Sports last fall and truly appreciate their interest in covering university sport and student-athletes stories, especially given their commitment to their upcoming summer Olympic coverage,” said Lisette Johnson-Stapley, Chief Sport Officer at U SPORTS. “We look forward to bringing the action of these championship events to university sports fans via CBC’s digital platforms.”

Tickets for all events can be purchased at USPORTS.ca/tickets.