Seeley began his week with a three-point effort Tuesday, November 16 in Portland, scoring the tying goal in the third period as the Silvertips rallied to defeat the Winterhawks 3-2 in overtime.

The product of Olds, Alta. added three more assists Saturday, November 20 in a 4-1 Everett win over the Spokane Chiefs.

Seeley then scored his fifth goal of the 2021-22 campaign Sunday November 21, as his Silvertips knocked off the Seattle Thunderbirds 5-2.

The 6-foot-1, 192-pound blueliner was selected by Carolina in the seventh round of the 2020 NHL Draft. He signed his entry-level contract with the Hurricanes this past September.

Seeley was named one of Everett’s co-captains prior to the start of the 2021-22 regular season. He sits tied for third among WHL blueliners with 17 points (5G-12A) this season.

The 19-year-old was originally selected by the Silvertips with the 20th overall pick in the 2017 WHL Draft. In 154 WHL regular season games, all with Everett, Seeley has compiled 75 points (14G-61A).

Seeley and the Silvertips are next in action Wednesday, November 23 when they play host to the Tri-City Americans (7:05 p.m. PT, Angel of the Winds Arena). 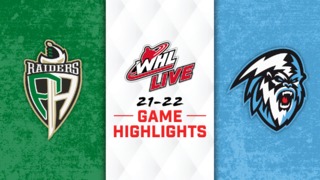 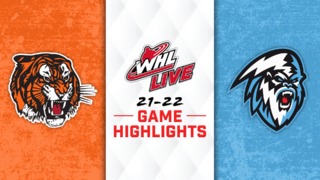