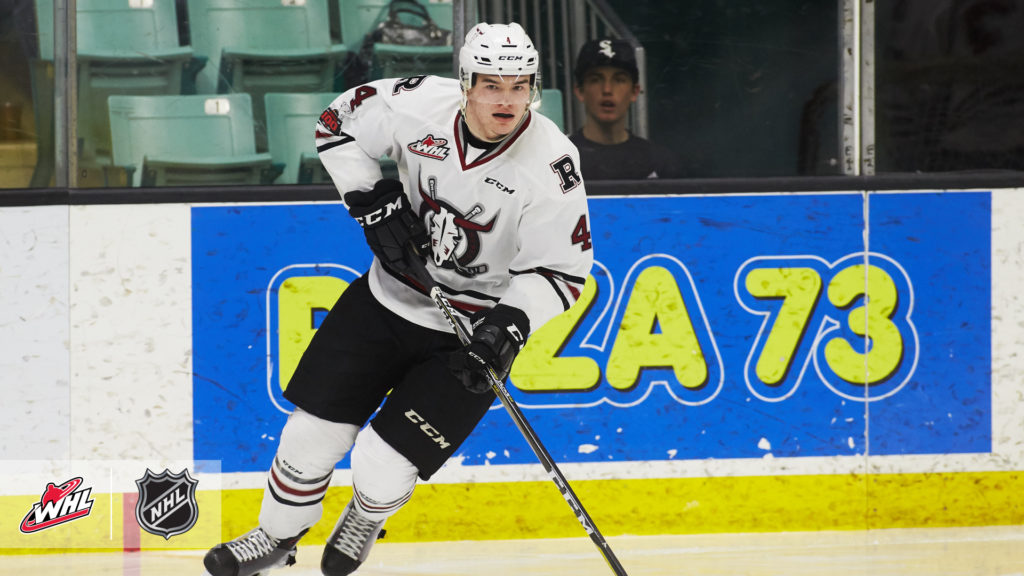 Alexander Alexeyev put pen to paper with the Washington Capitals as the defending Stanley Cup Champions signed their first round selection from the 2018 NHL Draft to a three-year, entry-level contract.

The 6-foot-4, 200-pound defenceman was selected by the Capitals 31st overall at June’s draft, making the second-highest WHL player taken at the event.

Since being returned to the Red Deer Rebels, Alexeyev has scored in each of the Rebels’ two games, with one of those goals coming on the power play.

In 88 career WHL regular games, Alexeyev has recorded 60 points (13G-47A), including four power-play goals and one game-winning goal. He’s posted 12 multi-point games in his WHL career, including three separate three-point efforts. The 19-year-old from St. Petersburg, Russia returns to the WHL this season as one of the projected top defencemen in the league. In the 2018 WHL Playoffs, Alexeyev played three games for the Rebels, recording five points (2G-3A), including one power-play goal.

During the 2018 Prospect Showcase in Estero, Fla., Alexeyev led the Capitals with four assists and tied for first in points among defencemen in the showcase. In his NHL season debut against the Boston Bruins on Tuesday, September 18, Alexeyev recorded an assist.

The Rebels return to action Friday, September 28 (7:00 p.m. MT) when the Rebels host the Calgary Hitmen at the Enmax Centrium.

I am so honored and happy to signed my first NHL contract with great organization @capitals proud to be part of it , I wanna say thank you to everyone ho helped me to get to this point ,my friends ,my teammates , coaches , trainers , my agency and especially my family #allcaps pic.twitter.com/cMdiuBvSR0

He's baaaaaccck! @Capitals prospect @Alexeyev04 gets his first of the season with @Rebelshockey to tie up the game at 2! #WHLOpeningWeek pic.twitter.com/zI0xrGm4Ou

Glass, Smith, Alexeyev are among @TheWHL’s stars and with their teams help write several storylines to follow with 2018-19 puck drop.#CHL PREVIEW: https://t.co/1LrXKlPTW1 pic.twitter.com/zdwFPBsbs2