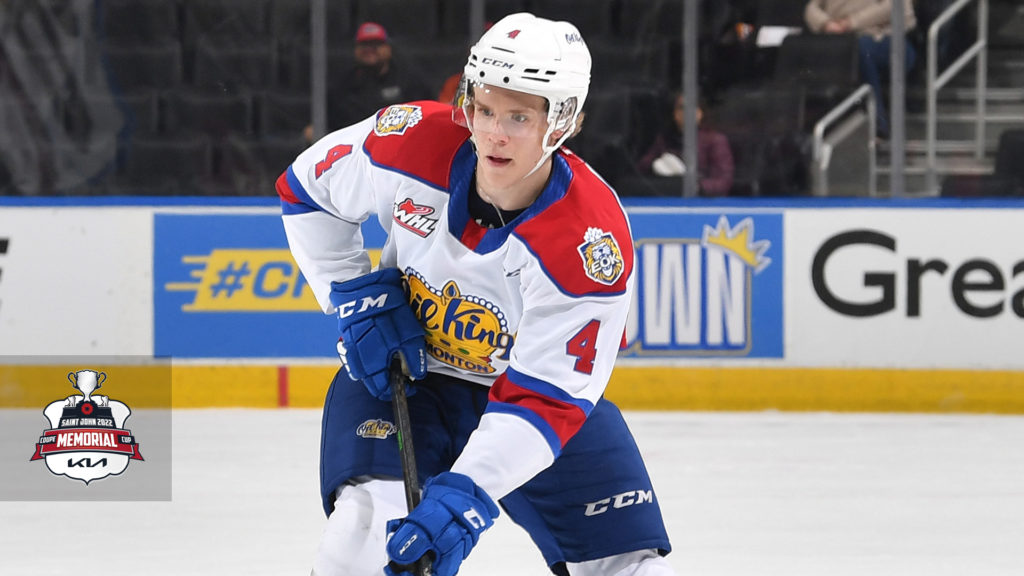 It’s rare enough for a WHL player to experience one Memorial Cup during the course of a four or five-year career.

Rarer still, the opportunity to compete in two national championships.

Edmonton Oil Kings defenceman Kaiden Guhle will do just that, though, when he takes the ice Tuesday versus the Shawinigan Cataractes (4:00 p.m. MT, TD Station, TSN 1/5).

Offensive stats notwithstanding, the Montreal Canadiens prospect has fans in La Belle Province salivating over what the future holds.

Consider the fact Guhle was on the ice for just three even strength goals against in six WHL Championship Series games. Consider as well the punishing checks he threw out over the course of the entire post-season while paired defensively with Nashville Predators prospect Luke Prokop.

But also worth consideration, the fact that Guhle has a winning pedigree. The product of Sherwood Park, Alta. was a rookie with the Prince Albert Raiders squad that won the WHL Championship three years ago.

He also helped Canada capture a silver medal at the 2021 IIHF World Junior Championship in Edmonton.

Guhle was the first-overall selection in the 2017 WHL Draft by the Raiders, breaking in full-time with Prince Albert during a 2018-19 campaign that saw the Club win the WHL Championship for the first time in 34 years.

Though the Raiders did not garner a win in their visit to Halifax for the 2019 Memorial Cup presented by Kia, Guhle said Sunday that experience will help him this time around.

“You have fun at home and celebrate, then you have to battle back in for another week and a half,” Guhle noted. “That’s the biggest thing, is keeping our mind straight.”

“We’re excited to be here, and to get to work,” he added.

Guhle led all Raiders defencemen in scoring in 2019-20, parlaying that on-ice success into a 16th-overall selection by the Canadiens at the 2020 NHL Draft.

The 20-year-old was named captain of the Prince Albert squad in February of 2021, but served in that role for only 19 games before a blockbuster trade to Edmonton in December of last year, one of several key moves made by Oil Kings GM Kirt Hill in advance of the 2022 WHL Playoffs.

His game is that of the proto-typical Western defenceman; rugged, mean, with no shortage of offensive upside, all traits that surely have Guhle’s Canadiens feeling optimistic about the years ahead.