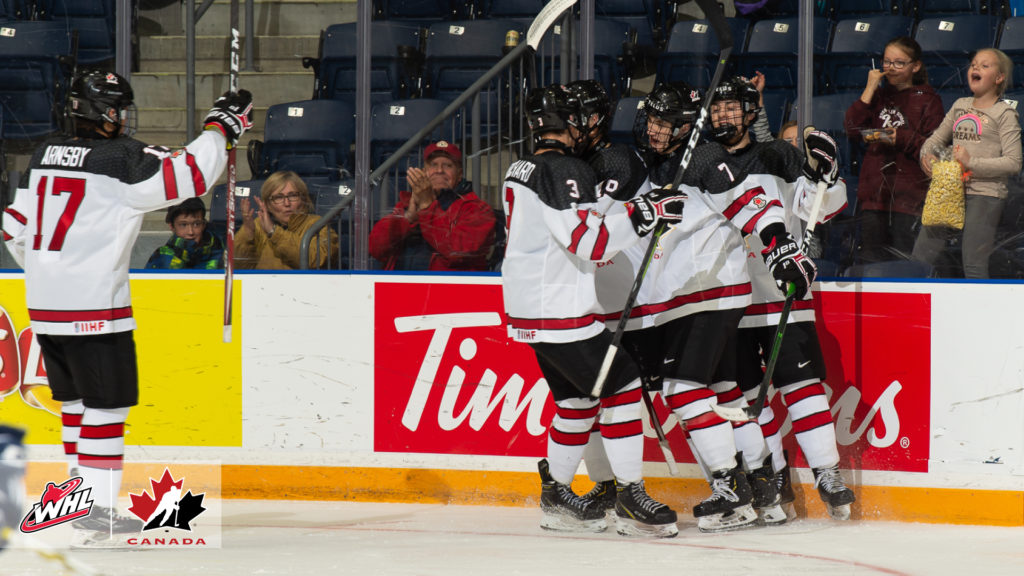 Canada White is the lone Canadian side left with a shot at the medals following Thursday’s quarter-final action at the 2019 World Under-17 Hockey Challenge.

In the two Thursday games to not involve Canadian sides, the United States defeated Finland 8-4 and Czech Republic downed Sweden 5-1.

Canada Black took their first loss at the tournament Thursday, falling 8-4 to Russia in Medicine Hat.

In a thrilling overtime finish, Canada White advanced with a 3-2 win over Canada Red in Swift Current.

Canada White went ahead 2-1 midway through the third, but Canada Red had some late-game heroics, scoring with 2:50 left in regulation. Masters picked up his second assist of the game on the goal.

It was an all-WHL matchup between the pipes as Prince George Cougars goaltender Tyler Brennan and Seattle Thunderbirds prospect Thomas Milic faced each other. Brennan stopped 25 of 27 shots to earn the win. Milic turned aside 31 of 34 shots in the narrow loss.

Friday’s semifinals are set at the tournament, with Russia host the Czech Republic in Swift Current at 6:00 p.m. CT and the United States hosting Canada White in Medicine Hat at 7:00 p.m. MT.

Saturday will mark the final day of the tournament, with a pair of placement games in Swift Current before the two medal games in Medicine Hat. Sweden will host Canada Red at 11:00 a.m. CT while Canada Black will host Finland at 3:00 p.m. CT.