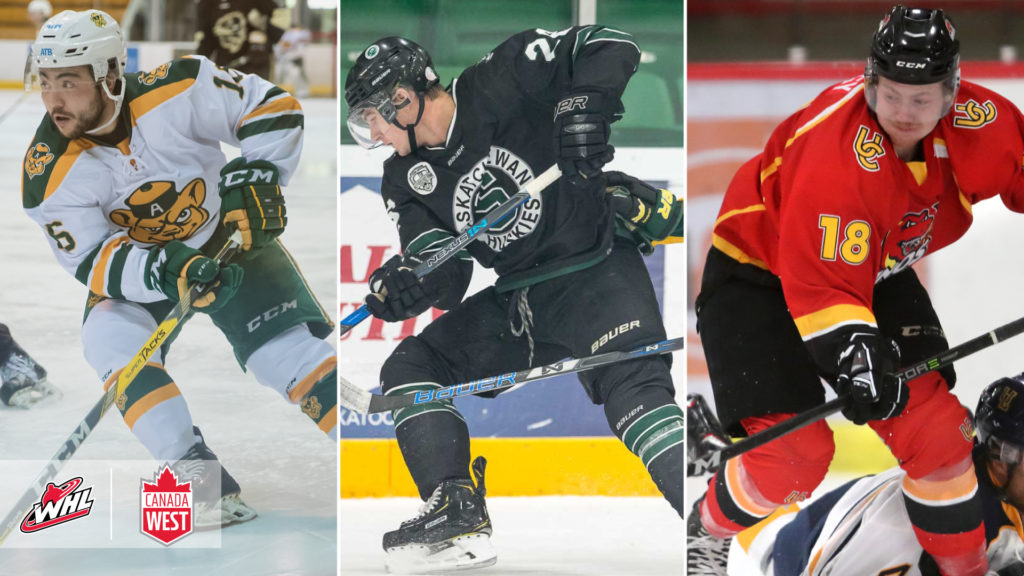 Each week during the Canada West men’s hockey season, CW and the WHL honour three WHL Grads now playing in CW. Here are the CW-WHL three stars for the weekend of Oct. 26-27.

Brandon Magee made his season debut over the weekend, as the former Victoria Royal scored a trio of goals over a pair of games for the Alberta Golden Bears.

Magee, who played more than 300 WHL regular season games over five full seasons of junior, scored once in Alberta’s 4-3 loss Friday, before netting a pair of goals Saturday in a 4-1 Bears win.

Johnson and the Huskies also found the win column Saturday, as they improved their record to 7-1-0 on the season, which is good for first in the conference.

The Business student is currently tied for seventh in CW scoring with eight points in six games – just two points back of the conference lead through the first month of the season.

Rookie forward Regan Nagy notched his first career Canada West goals over the weekend, scoring in both of Calgary’s wins over the Lethbridge Pronghorns.

Nagy opened the scoring Friday in Calgary’s 4-1 win over the Pronghorns in Lethbridge, before scoring an insurance marker early in the third period in Saturday’s 3-0 win for the Dinos in the Stampede City.

The Arts student joined the Dinos in the summer after spending four-plus seasons in the WHL, mostly with the Victoria Royals, before finishing up his junior career in Prince Albert with the Raiders. 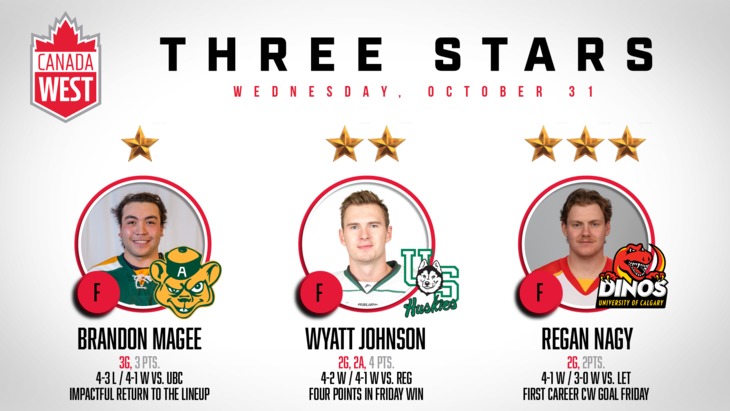