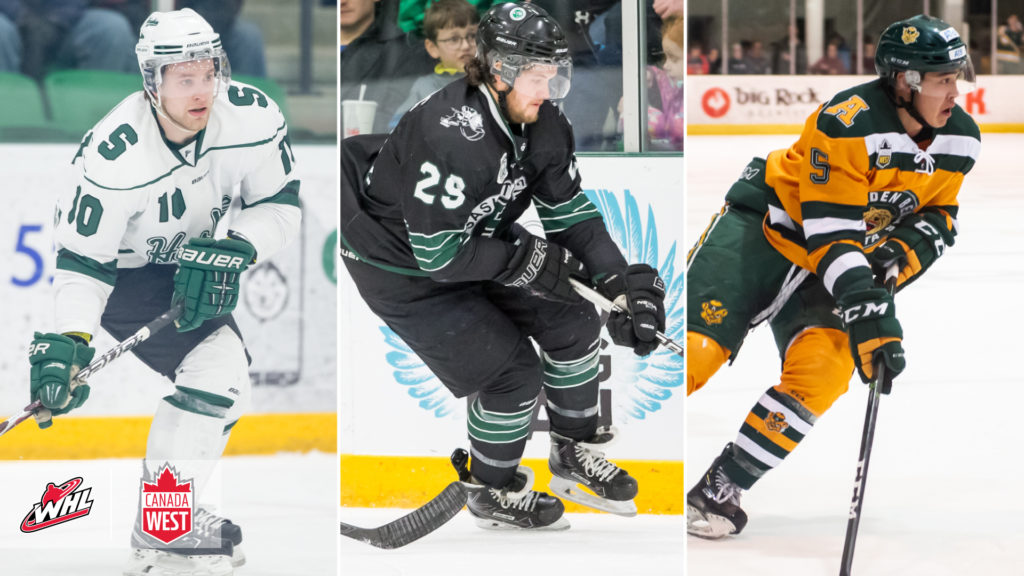 Each week during the Canada West men’s hockey season, CW and the Western Hockey League honour three WHL Grads now playing in CW. Here are the CW-WHL three stars for the weekend of February 22-23, following the conference semifinals.

Levi Cable picked the right times to have his first multi-goal games of 2019, as the veteran forward recorded five combined goals in the Saskatchewan Huskies’ sweep of the Mount Royal Cougars.

Cable netted a pair of goals Friday night, before helping the Huskies secure the semifinal sweep with a hat trick in Game 2 of the series in Saskatoon.

Former WHL sniper Alex Forsberg factored in on four of Saskatchewan’s five goals Friday night against the Mount Royal Cougars, before adding an assist Saturday, as the Huskies swept MRU in the CW semis.

Forsberg had a pair of goals and assists Friday, leading the Huskies to their first ever playoff win at Merlis Belsher Place. Saskatchewan wrapped up the series the following night, as Forsberg earned an assist in the 7-3 victory.

In just two playoff games this season, Forsberg surpassed his post-season total from a year ago when he recorded four points in five CW playoff games.

The conference’s leading defenceman scorer continued to find the back of the net last weekend, as Alberta Golden Bear Jason Fram had two goals and an assist in Alberta’s semifinal sweep of the Calgary Dinos.

Fram, who led the conference in D scoring during the regular season with 30 points (9G-21A), helped Alberta to a 3-1 Game 1 win Friday, before adding an assist in a 6-3 contest Saturday. 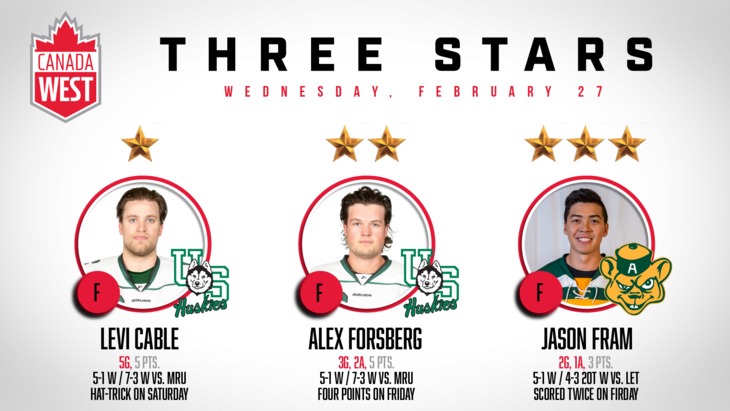