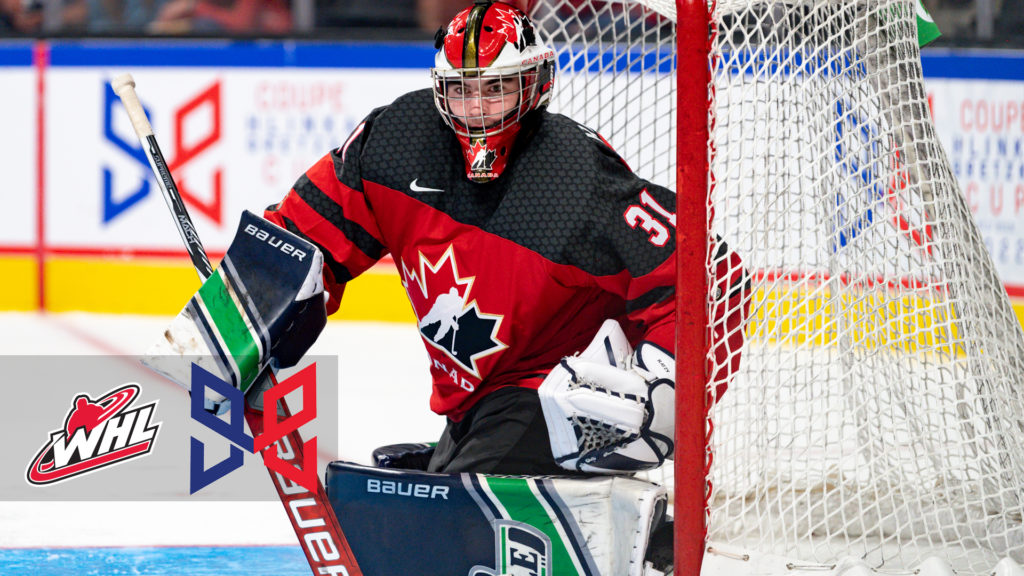 Red Deer, Alta. – Canada confirmed its place as Group A winners following a 3-0 victory over Sweden Wednesday at the Hlinka Gretzky Cup.

The Canadians took the lead 3:29 into the first period and held a 1-0 advantage through 20 minutes, outshooting the Swedes 17-6.

Benson extended the lead to 2-0 with just over nine minutes to play in period two, converting on a backhand attempt from just outside the Swedish crease.

Yager scored his fourth goal of the tournament on a Canadian power play just over six minutes later, extending his goal-scoring streak to three games in the process.

Ratzlaff was solid between the pipes, making half of his saves in a third period that included two power plays for Sweden.

The final shot tally was 43-18 in Canada’s favour.

Benson was named Canada’s player of the game.

Yager finished with a goal and an assist, while Kelowna Rockets forward Andrew Cristall chipped in with a helper.