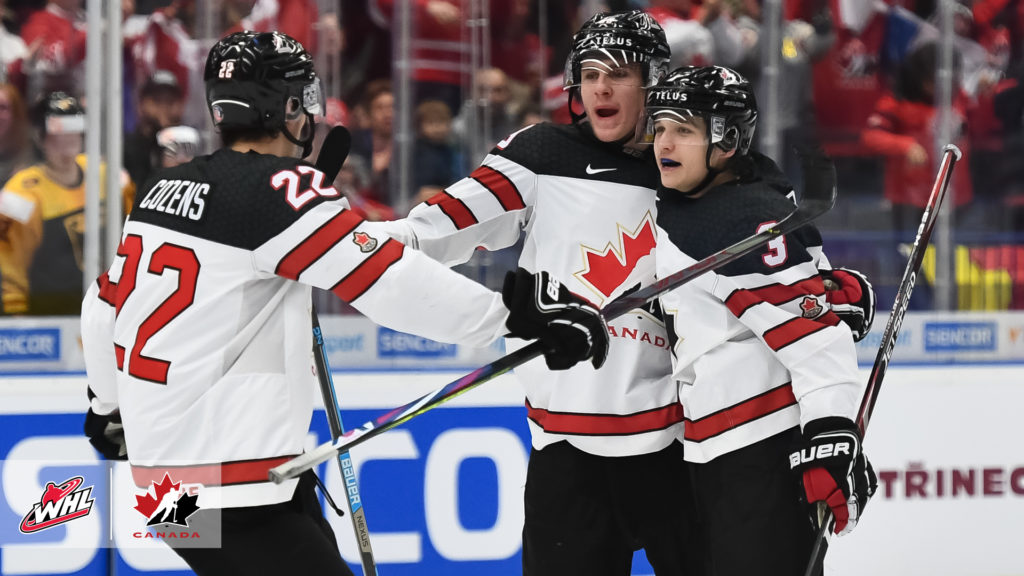 Canada found their way back to the win column Monday at the 2020 IIHF World Junior Championship in the Czech Republic.

Downing Germany 4-1, Canada improved to 2-1 in Group B play at the tournament with one final round-robin game to come against the Czech Republic on Tuesday.

Kelowna Rockets captain Nolan Foote opened the scoring 11:50 into the first period. After Kevin Bahl put the initial shot on net, Foote was prowling in the slot and ready for the rebound, powering it back on net for the game’s opening goal.

After Liam Foudy scored to make it 2-0 in the second, Lethbridge Hurricanes defenceman Calen Addison increased Canada’s lead with a blast from the high slot on the power play with 5:59 left in the middle frame. The goal marked another all-WHL addition to the scoresheet as Foote and Lethbridge Hurricanes forward Dylan Cozens drew assists on the goal.

In net, Portland Winterhawks goaltender Joel Hofer was solid. The Winnipeg, Man. product stopped 18 of 19 shots to earn player of the game honours for Canada.

🚨 GOAL! @foote_nolan finds a loose puck in the slot and absolutely rifles in the 1-0 goal for 🇨🇦.#WorldJuniors

🚨 GOAL! @calenaddison rips home a slap shot on the 5-on-3 to extend the 🇨🇦 lead to 3-0.#WorldJuniors

GAME OVER! 🇨🇦 gets back on track with a win over 🇩🇪.

We are all @joelhofer123's little sister right now. 👏🇨🇦 pic.twitter.com/E1QOGOt2mm