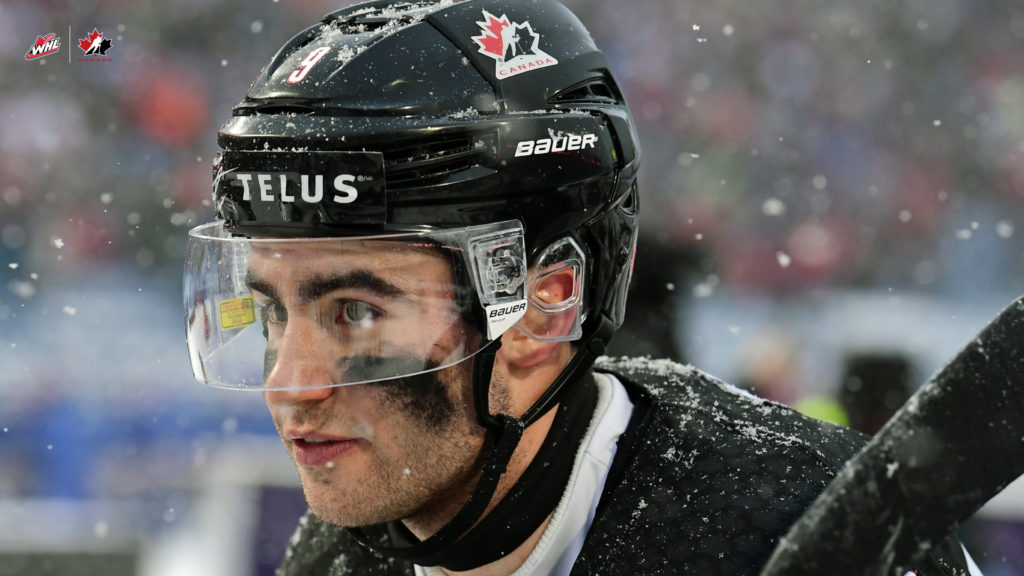 In one of hockey’s greatest rivalries and a battle of the elements, Canada’s National Junior Team suffered their first loss at the 2018 IIHF World Junior Championship Friday, falling 4-3 in a shootout to the United States Friday.

Everett Silvertips goaltender Carter Hart was named the Player of the Game for Canada, finishing with 32 saves through 65 minutes of action.

Tonight's Player of the Game is Carter Hart 🏅 #WorldJuniors pic.twitter.com/bqGM31YVQl

Canada was buzzing to begin the game. Robert Thomas fed Cale Makar up top and the defenceman’s shot found its way through for the game’s first goal. On the power play 11 minutes later, Canada struck again thanks to Dube, who took a pass from Steel near the face-off dot to the left of American goaltender Jake Oettinger. After taking a second to adjust the puck on his stick in the snowy conditions, Dube sniped it past Oettinger to double Canada’s lead.

The team’s traded goals in the second period. Portland Winterhawks forward Kieffer Bellows (New York Islanders) got the United States on the board after blasting a shot on the power play past Hart. Just 72 seconds later though, Boris Katchouk restored the two-goal lead for Canada, keeping them in control heading to the third. Calgary Hitmen defenceman Jake Bean (Carolina Hurricanes) put the shot on net that led to Katchouk’s goal.

The Americans would score twice in the final period though, sending things to overtime. After the fourth period solved nothing, the game went to a shootout, where Bellows wound up with the shootout winner.

Canada scored twice on the power play while the Americans scored on two of six power play opportunities. Despite the loss, Canada is still in a prime position to capture first place in Group A at the tournament.

Keep it up boys! #WorldJuniors pic.twitter.com/sQre9lxsBe

HIGHLIGHTS: What a game it was, outdoor, a classic, and tight. Team @USAHockey beat @HC_Men in shootout. Watch the best sequences from the game! #WorldJuniors #WJCinBUF pic.twitter.com/EXZ2hjA5Cq