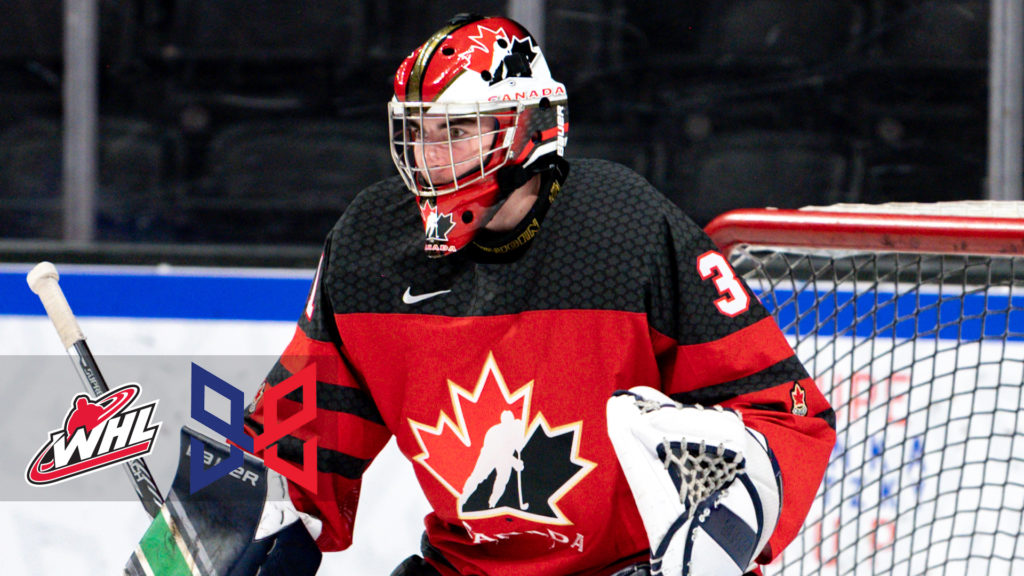 Ratzlaff, who improved to 3-0-0 in the tournament, was named Canada’s Player of the Game, while WHL talent Caden Price (Kelowna Rockets), Saige Weinstein (Spokane Chiefs), Andrew Cristall (Kelowna Rockets) and Tanner Howe (Regina Pats) all chipped in with assists.

Price helped set up forward Ethan Gauthier’s go-ahead marker with 16 seconds remaining in the opening frame as Canada took a 1-0 lead into the first intermission.

The Canadians doubled their lead through 40 minutes, then added insurance midway through period three on goals 19 seconds apart from Matthew Wood and Denver Barkey.

Finland found the scoresheet with 18 seconds remaining in the game, ending Ratzlaff’s tournament shutout minutes streak at 179 minutes and 42 seconds.

Canada outshot the Finns 27-24, and has outscored its opponents 30-2 in the tournament to date.

The Canadian squad is into the gold medal match for the first time since 2019, and go into the game seeking Canada’s first Hlinka Gretzky Cup championship since the 2018 event.