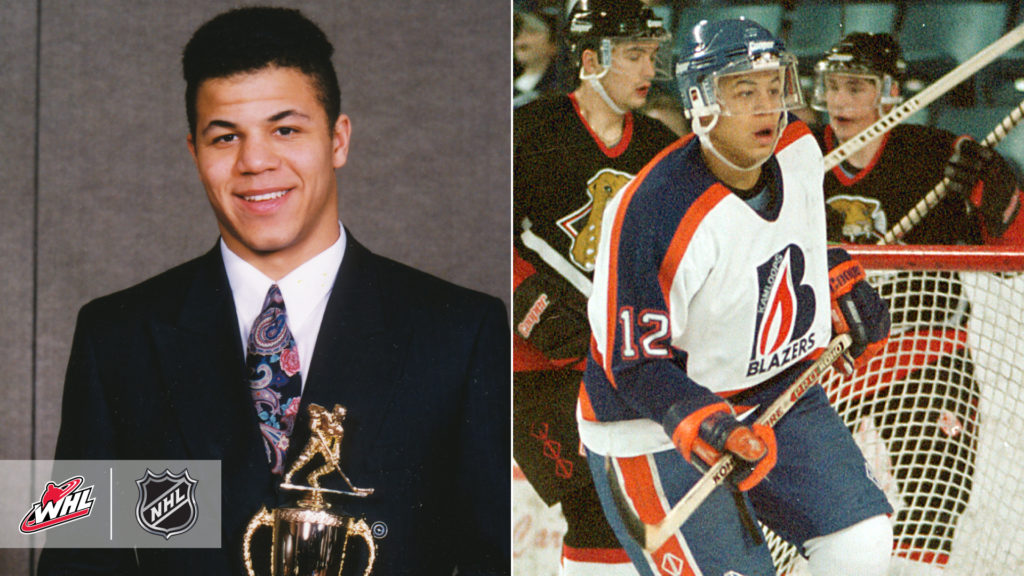 It felt like a matter of when, not if, Jarome Iginla’s classic number 12 would be retired by the Calgary Flames.

Thursday, the National Hockey League club set a date for it to take place as the former Western Hockey League star will see his jersey raised to the rafters of the Scotiabank Saddledome Saturday, March 2, 2019 in a ceremony prior to their game versus the Minnesota Wild.

Iginla announced his retirement last July after appearing in 1,554 NHL regular season games, collecting 1300 points (625G-675A). After making his NHL debut in the 1996 NHL Playoffs, Jarome would go on to spending the next 16 seasons with the Flames, representing the team as captain for nine of them. Among a long list of awards won by the forward, Iginla captured the Maurice ‘Rocket’ Richard Trophy in 2002 and 2004 as the NHL’s goals leader. He also earned the Art Ross Trophy as the NHL’s leading point scorer in 2002. His peers honoured Iginla that year with the Lester B. Pearson Award, the NHL’s Most Valuable Player Award as voted on by the players.

He captured a pair of Olympic Gold Medals on the international stage with Canada in 2002 and 2010, earning the primary assist on Sidney Crosby’s game-winning goal in the gold-medal game.

However, his penchant for success and raising trophies began in the humble town of Kamloops, B.C. as Iginla spent three seasons as a member of the Kamloops Blazers, recording 236 points (102G-134A) in 183 WHL regular season games. With the Blazers, Iginla was a WHL Champion and Memorial Cup Champion twice over, earning the tournament’s Memorial Cup Most Sportsmanlike Player Award at the 1995 edition of the tournament in Kamloops. Representing Canada on the international stage in his junior career, Iginla won gold with Canada at the 1996 IIHF World Junior Championship, later capturing the Four Broncos Memorial Trophy as the WHL Player of the Year in that same season.

Selected 11th overall in the 1995 NHL Draft by the Dallas Stars, Iginla was dealt to the Flames and became a legend for the team over the next decade-and-a-half of NHL action. Iginla’s career also included time with the Pittsburgh Penguins, Boston Bruins, Colorado Avalanche, and Los Angeles Kings. He last played in the 2016-17 NHL Regular Season.

Since October 2007, Iginla has been co-owner of the WHL’s Kamloops Blazers, alongside governor Tom Gaglardi and WHL Alumni Shane Doan, Mark Recchi, and Darryl Sydor.

"I feel very blessed … it's going to be really cool – to think I'm going to be a part of Flames history."

Jarome Iginla chatted with @GJohnsonFlames about having his jersey retired by the #Flames! https://t.co/zGrdeaOwPH