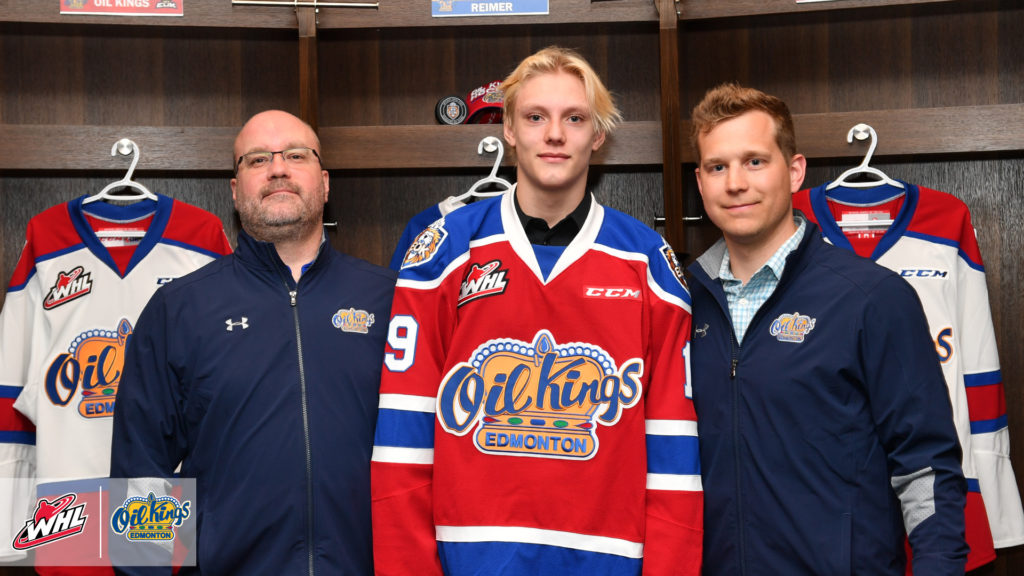 The 14-year-old Surrey, B.C. native was a member of the Delta Hockey Academy Bantam Prep (Green) during the 2018-19 season, registering 45 points (18G, 27A) in 30 games played, including a goal and an assist in two playoff contests.

“Caleb is a big forward with a lot of upside and someone we’re very excited to have him join our group,” Oil Kings Director of Scouting, Jamie Porter said. Reimer was the Oil Kings’ first round, 18th overall selection in last month’s 2019 WHL Bantam Draft.

The Club would like to officially welcome Reimer, his parents Chris and Jodi, and sister Shaye to the Oil Kings organization.

Your #OilKings are excited to announce the signing of 2019 #WHLBantamDraft 1st round pick, Caleb Reimer! #allhail