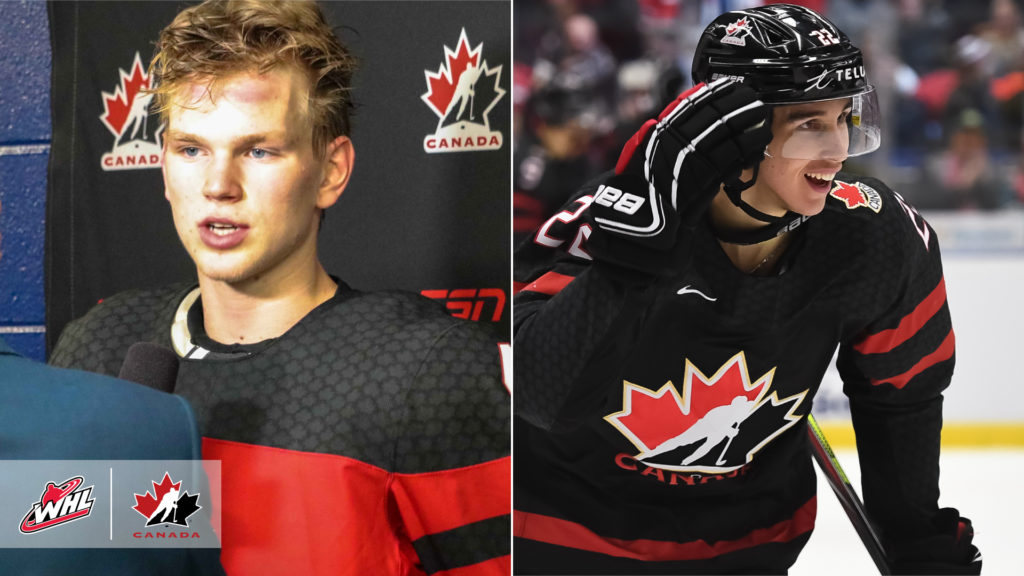 With former Saskatoon Blades forward and Canada’s captain Kirby Dach relegated to the sidelines as a result of a tournament-ending injury, IIHF rules require Canada have another player wear a ‘C’ during gameplay. As a result, Byram and Cozens will take turns wearing the ‘C’ for the duration of the event, with London Knights forward Connor McMichael taking on alternate captain’s duties.

Selected third overall by the Giants in the 2016 WHL Draft, Byram has made a lasting impact during his WHL career, appearing in 188 career regular season games, tallying 150 points (46G-104A) from 2016-17 through 2019-20. Selected by the Colorado Avalanche with the fourth-overall pick in the 2019 NHL Draft, Byram led the 2019 WHL Playoffs in scoring, recording 26 points (8G-16A) in 22 games as the Giants advanced all the way to Game 7 of the WHL Championship. He previously represented Canada Red at the 2017 World Under-17 Hockey Challenge, capturing a silver medal. He represented Canada at the 2018 U18 World Championship and helped Canada secure gold at the 2018 Hlinka Gretzky Cup. In 2020, Byram was a member of Canada’s National Junior Team, which claimed gold in the Czech Republic.

Selected 19th overall by the Hurricanes in the 2016 WHL Draft, Cozens has established himself as one of the top modern-day players to emerge from the WHL, dressing in 179 career regular season games, notching 223 points (95G-128A) from 2016-17 through 2019-20. Selected by the Buffalo Sabres with the seventh-overall pick in the 2019 NHL Draft, Cozens was named WHL Rookie of the Year for the 2017-18 season. He previously represented Canada Red at the 2017 World Under-17 Hockey Challenge, capturing a silver medal. He represented Canada at the 2018 U18 World Championship, serving as an alternate captain. Cozens was also a member of Canada’s gold-medal winning team at the 2018 Hlinka Gretzky Cup. In 2020, he was a member of Canada’s National Junior Team, which claimed gold in the Czech Republic.

Dach, who spent the 2019-20 season with the NHL’s Chicago Blackhawks, was injured in a neutral zone collision during pre-tournament action against Russia on December 23.

Including Byram and Cozens, the WHL will be represented by nine current WHL players on Canada’s National Junior Team for the 2021 IIHF World Junior Championship in Edmonton.

UPDATE | Per @IIHFHockey rules, @BowenByram and @Dylan_Cozens will take turns wearing the ‘C’, and @con91mcmichael will serve as a full-time alternate.