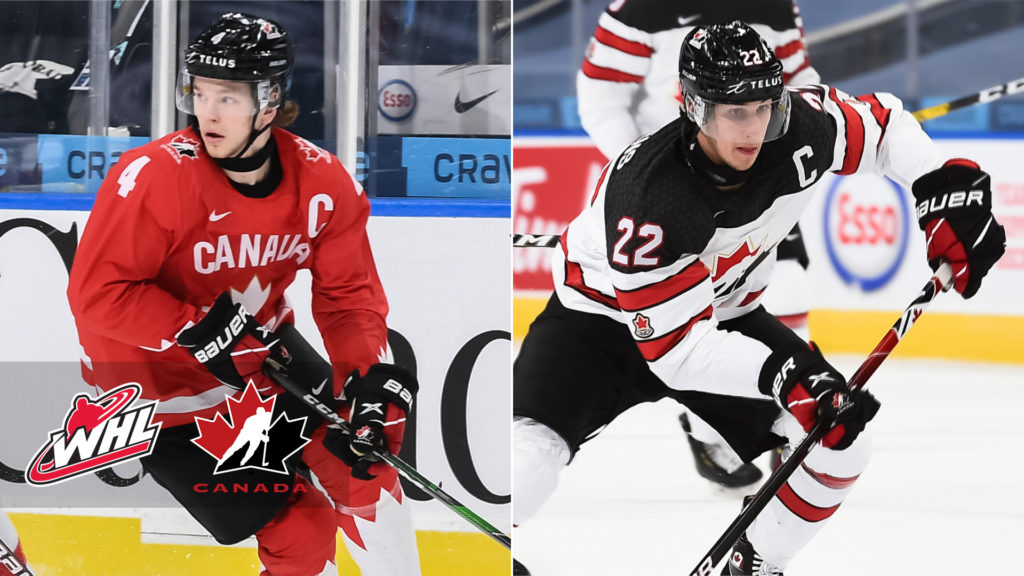 Canada’s top-three players of the tournament were named following Monday’s 5-0 win over Russia.

Cozens, a 19-year-old product of Whitehorse, Yukon, has tallied 16 points (8G-8A) through six games in the tournament, including a three-point (1G-2A) performance in Monday’s semifinal victory.

Byram, a 19-year-old product of Cranbrook, B.C., has been rock solid on the blueline for Canada. His five points (1G-4A) lead all Canadian defencemen, and his plus-14 rating has him perched atop the entire tournament, tied with teammate Thomas Harley (Mississauga Steelheads).

In two consecutive years representing Canada at the World Junior Championship, Byram – a prospect of the Colorado Avalanche – has appeared in 13 games and has seven points (1G-6A) under his belt.

Both Byram and Cozens were named co-captains of Canada’s U-20 squad in December after former Saskatoon Blades forward Kirby Dach, Canada’s original captain, left the tournament due to injury.

Byram and Cozens will look to lead Canada to a second consecutive gold medal on Tuesday night (7:30 p.m. MT). Canada will face the winner between the United States and Finland (Monday at 7:30 p.m. MT).