around the dub Broncos 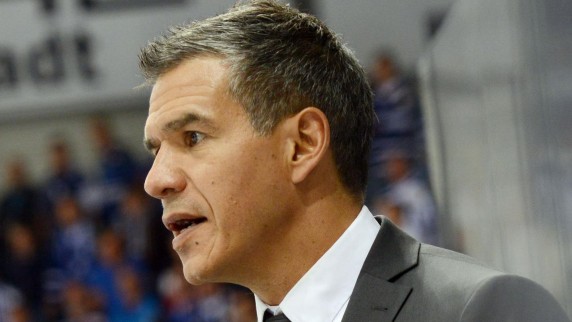 SWIFT CURRENT, SK – The Swift Current Broncos hockey club are proud to name Emanuel Viveiros as the Club’s new Head Coach and Director of Player Personnel. The news was announced by Broncos Board Chairman Liam Choo-Foo in a press conference on Thursday morning from the Chinook School Division Office.

“We have been through a very thorough and meticulous process to make our selection,” said Broncos Board Chairman Liam Choo-Foo.  “The more we progressed, the more we were certain that Manny was our guy. Reference after reference consistently spoke to his character, work ethic, coaching ability, and great personality.  We look forward to the upcoming season with Manny at the helm.

Viveiros joins the Broncos organization with significant experience in hockey both as a player and a coach. The native of St. Albert, AB played four seasons in the WHL with the Prince Albert Raiders, claiming a WHL Championship and Memorial Cup Championship with the Raiders in 1985. He also was named the WHL Player of the Year in the 1985-86 campaign with the Raiders after recording 92 points (22g-70a) to go along with 28 points (4g-24a) in 20 playoff contests. Viveiros also skated for the American Hockey League’s Springfield Indians in the 1990-91 season and won a Calder Cup.

“On behalf of my family and myself, I would like to thank the Swift Current Broncos organization for this opportunity to become part of the Broncos family,” said Viveiros during the press conference Thursday.  “I am certainly aware of the great history of this storied franchise and I consider it an honor to be able to become a member of the Broncos family.”

Amongst Viveiros’ coaching experience, he recently served as Head Coach of Ingolstadt, DEL in Germany during the 2015-16 season  and was also the Head Coach of the Austrian Men’s National Team from 2011-14, guiding the team to qualify for the Sochi Olympics in 2014. Furthermore, Viveiros served as Head Coach and General Manager of EC Klagenfurt in Austria and won two championships with the Club in 2009 and 2013.

“Having played in Prince Albert, where my wife is from and where we spent many years living in Saskatchewan, we are so excited about returning to Saskatchewan where I started my hockey career,” Viveiros commented.  “I certainly understand how difficult it is to win in the Western Hockey League, however I am very impressed by the professional way this organization operates and it certainly enables the Broncos to continue to develop good young hockey players and most important, good young men. I would like to thank Mark Lamb for leaving this organization in a very healthy state.  You can definitely see all the hard work and dedication he and his staff has done. I look forward to working closely with my new staff that all bring a distinct talent and passion to the organization. My wife and I look forward to be actively involved in the community and also look forward to getting settled in our new home as soon as possible. Thank you once again.”

Broncos Board Chairman Liam Choo-Foo went on to mention his gratitude to former Bronco Head Coach & General Manager Mark Lamb for his efforts with the team over the last seven seasons.

“I would also like to take this time to again thank Mark Lamb for all his work here with the Broncos. He has displayed his ongoing commitment to the organization by supporting us through this process making countless calls to various people within the hockey world.”

The Broncos also announced organizational changes amongst management as well on Thursday morning.  Jamie Porter will now serve as the Club’s Director of Hockey Operations while Dianne Sletten was named Director of Business Operations.

Broncos training camp is set to begin at the end of August with the season opener set for September 23rd at the Credit Union I-plex against the Saskatoon Blades. To purchase your 2016-17 Bronco season tickets, or for other ticketing information, please visit the Stable or call 306-773-1509.