Broncos bolster blue line with addition of Pouliot from Rebels 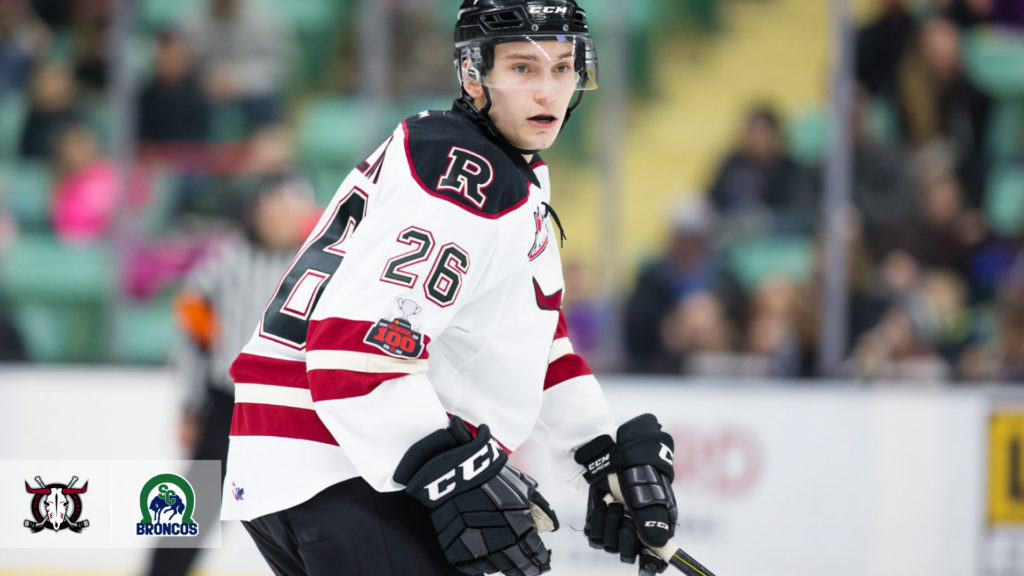 In return, the Rebels have received a conditional 10th round draft pick in the 2020 Western Hockey League Bantam Draft.

Pouliot comes to the Broncos after playing 16 games during the 2017-18 WHL Regular Season. In that time, he scored one goal while adding 11 penalty minutes.

Sam will be joining a familiar face in 20-year-old Bronco defenceman Ryan Pouliot, the latter of whom was claimed off waivers from the Kootenay ICE earlier this summer.

The Rebels are back in WHL pre-season action on Saturday, September 8 (7:00 p.m. MT) when they play host to the Lethbridge Hurricanes at the Peace Memorial Multiplex in Wainwright, Alta.

The Broncos are back on the ice for WHL pre-season action Friday, September 14 (7:00 p.m. MT) when they begin a home-and-home series against the Hurricanes at the Enmax Centre in Lethbridge, Alta.