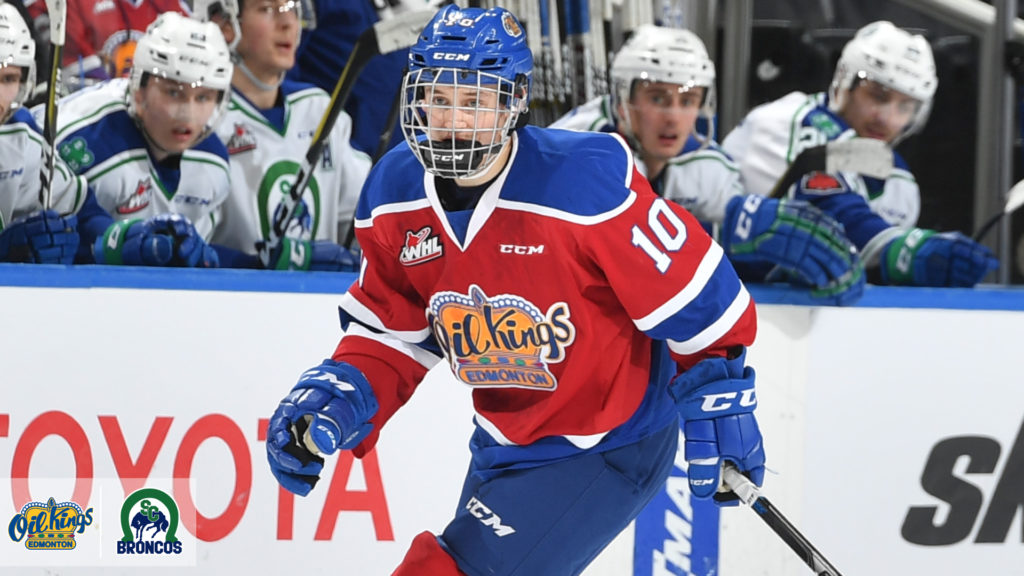 The Swift Current Broncos announced today that they have acquired 2002-born forward Raphael Pelletier from the Edmonton Oil Kings in exchange for a fourth-round selection in the 2020 Western Hockey League Bantam Draft.

The draft pick involved in Thursday’s deal originally belonged to the Oil Kings and was acquired last season in the Andrew Fyten trade on December 13, 2018.

Pelletier has won a championship in each of his last three seasons claiming a title with the Fort Saskatchewan Bantam AAA Rangers of the Alberta Major Bantam Hockey League (AMBHL) in 2017 and the Elite 15’s CSSHL championship in 2018 with the Northern Alberta Xtreme. He also won a silver medal with Team Alberta at the 2017 WHL Cup.

Originally selected in the third round, 48th overall, by the Oil Kings in the 2017 WHL Bantam Draft, Pelletier dressed for five games with the Oil Kings during the 2017-18 season. 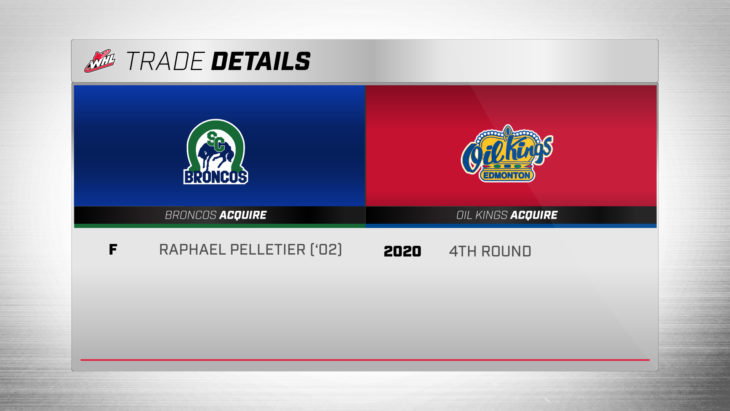 Your #OilKings have traded forward Raphael Pelletier to the @SCBroncos for a 2020 4th round pick. All the best, Pelts!

NEWS: The Broncos have acquired 2002-born forward Raphael Pelletier from the @EdmOilKings.