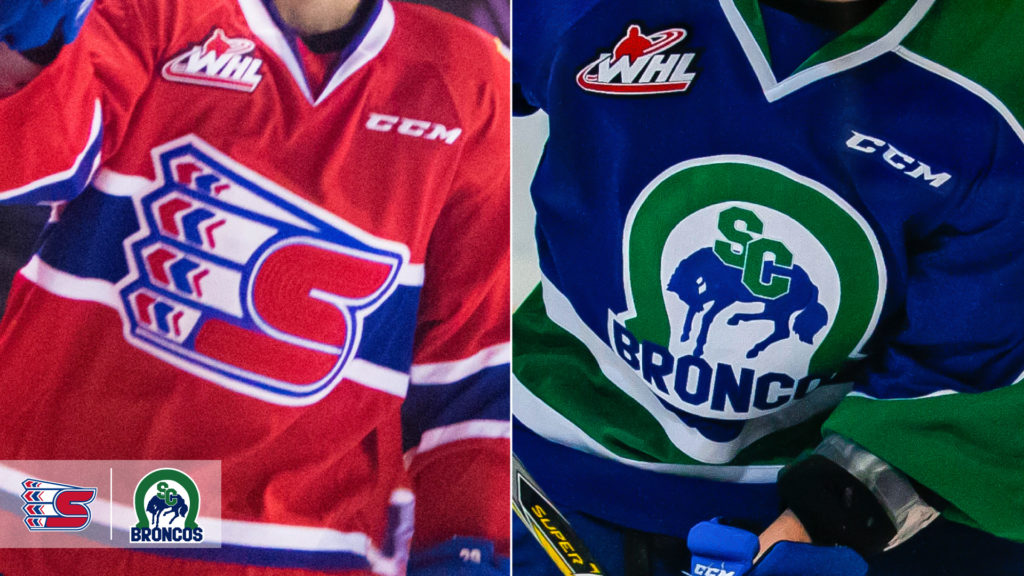 The Swift Current Broncos have added hometown talent into the team’s fold ahead of the 2019-20 Western Hockey League Regular Season.

Hendrik De Klerk, a 16-year-old defenceman, is on his way to the Broncos from the Spokane Chiefs in exchange for a fifth-round selection in the 2022 WHL Bantam Draft both teams announced Thursday.

The 5-foot-11, 165-pound product of Swift Current, Sask. was selected by the Chiefs in the seventh round, 138th overall, of the 2017 WHL Bantam Draft. De Klerk signed a WHL Standard Player Agreement with the Chiefs on March 1, 2019.

De Klerk spent the majority of the 2018-19 season with the Swift Current Legionnaires of the Saskatchewan Midget AAA Hockey League, recording 37 points (6G-31A) in 44 games. He added a single assist in three playoff games. The SMHL later named De Klerk to the league’s second All-Star team.

De Klerk already has experience in winning in Swift Current. During the 2016-17 season, he won a Bantam AA Championship with the Swift Current Bantam AA Broncos. 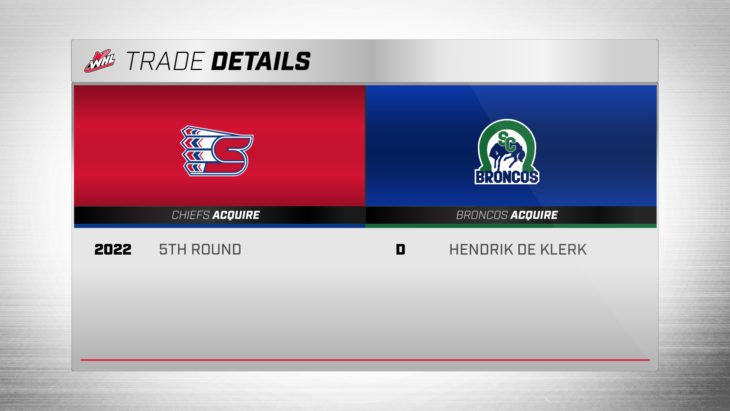 NEWS: The Broncos have acquired Swift Current native Hendrik De Klerk (2002, D) from the @spokanechiefs in exchange for a 2022 5th-round draft pick.

TRADE 🔄 | The Chiefs have acquired a 5th-round draft pick from @SCBroncos in exchange for prospect Hendrik De Klerk.