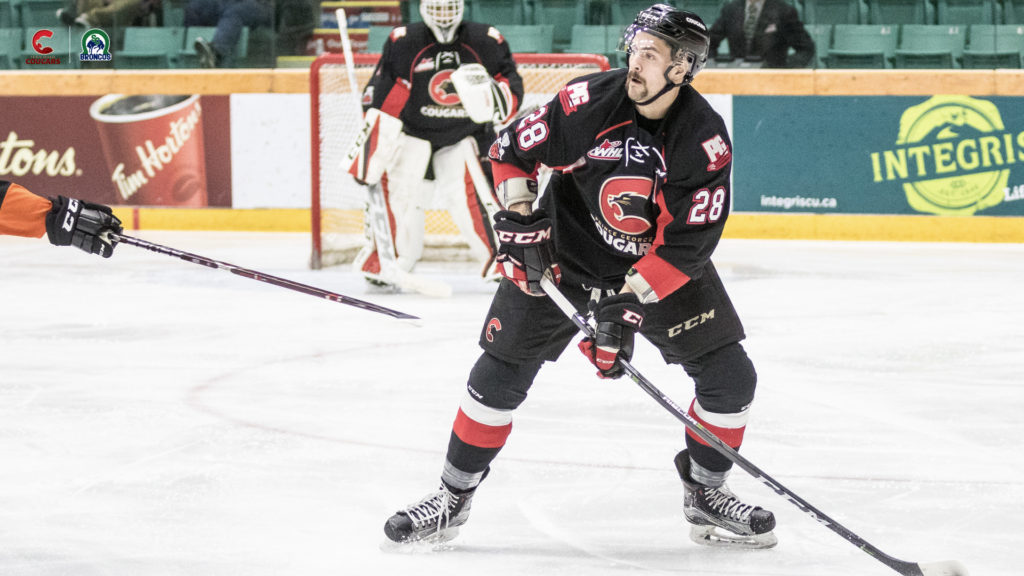 The Swift Current Broncos made a big play to bolster their blueline Sunday evening, acquiring Colorado Avalanche prospect Josh Anderson from the Prince George Cougars in exchange for their first-round selections in the 2018 and 2019 WHL Bantam Draft.

Giving up two first-round selections is a steep price for the Broncos to pay, but as the race for the East Division heats up, even the second place Broncos need all the help they can get in terms of upgrading any position they feel might help put them over the top.

Anderson will join a defensive core that already includes Colby Sissons (New Jersey Devils), Sahvan Khaira and Artyom Minulin.  Of those three, Sissons is the only other left shot on the Broncos, giving the team a second option on that side.