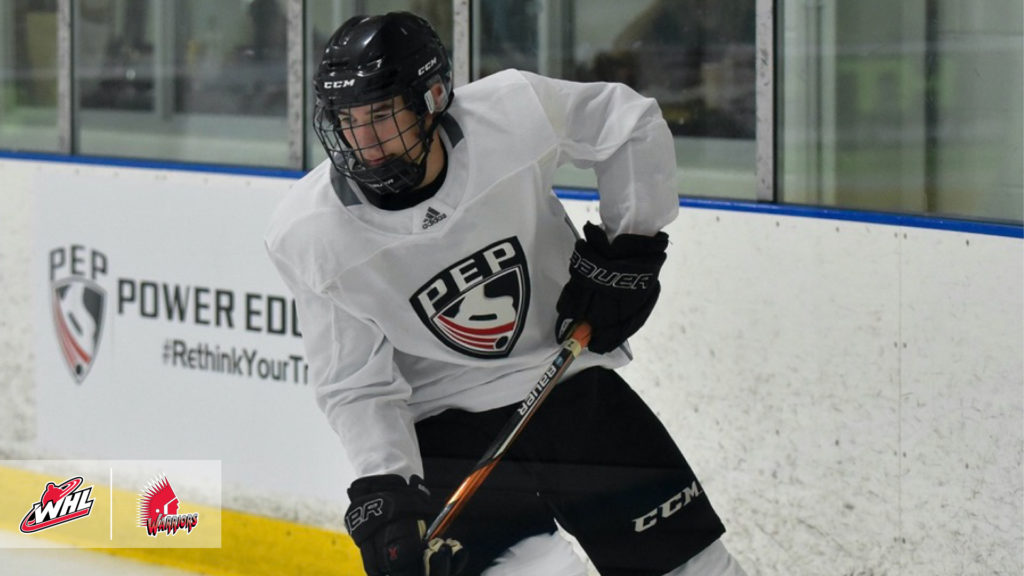 Moose Jaw Warriors General Manager Alan Millar has announced that 2020 first-round pick Brayden Yager has committed to the Warriors and the Western Hockey League with the signing of a WHL Standard Player Agreement.

“Brayden’s talent, along with his compete, will, and determination in his game, make him a special young player.  We are very pleased that Brayden and his parents Cam and Maureen have chosen the Moose Jaw Warriors and the WHL to pursue his hockey and academic goals,” Millar added.

Yager, a 5-foot-11, 165-pound forward, is from Saskatoon, Sask. and was selected third overall in the first round of the 2020 WHL Bantam Draft.  Yager played last season with the Saskatoon Contacts in the Saskatchewan Midget AAA Hockey League (SMAAAHL).

As an underage player, Yager finished third in team scoring with 42 points (18G-24A) in 44 games. In the 2019 SMAAAHL Playoffs, he led the Contacts in scoring with eight points (2G-6A) in six games.

NEWS: 2020 1st round pick Brayden Yager has committed to the Warriors & WHL w/ the signing of a Standard Player Agreement.