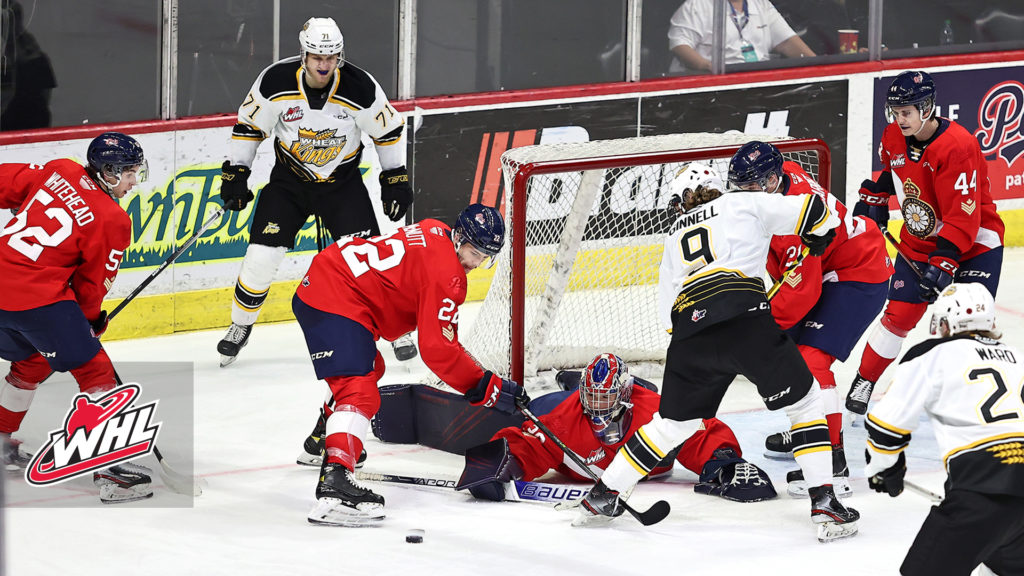 Calgary, Alta. – The Western Hockey League announced today the postponement of the WHL Regular Season game scheduled for Friday, January 28 between the Prince Albert Raiders and Regina Pats, as a result of the Raiders being unable to field a complete team due to injuries and an additional six players being added to the WHL COVID-19 Protocol List.

In conjunction with the postponement of Prince Albert at Regina, the WHL announced the Brandon Wheat Kings will travel to Regina to face the Pats on Friday, January 28 at 7 p.m. CT – a rescheduling of the previously postponed game between the two Clubs, which was originally scheduled for Friday, January 21.

The CHL on TSN national broadcast schedule, which was slated to carry the Raiders at Pats, will now carry the Wheat Kings at Pats on TSN 4/5, the TSN App, and TSN Direct. Puck drop remains set for 7 p.m. CT.

The WHL is working in consultation with the WHL Chief Medical Officer regarding the matter concerning the Prince Albert Raiders. Information on the rescheduling of Friday’s game between the Raiders and Pats will be provided at a later date.

The health and safety of all WHL participants is the top priority for the WHL. In order to reduce the risk of exposure to and transmission of COVID-19, the WHL requires all WHL roster players, hockey operations staff, and other team and League office personnel to be fully vaccinated against COVID-19 with a Health Canada approved vaccine.