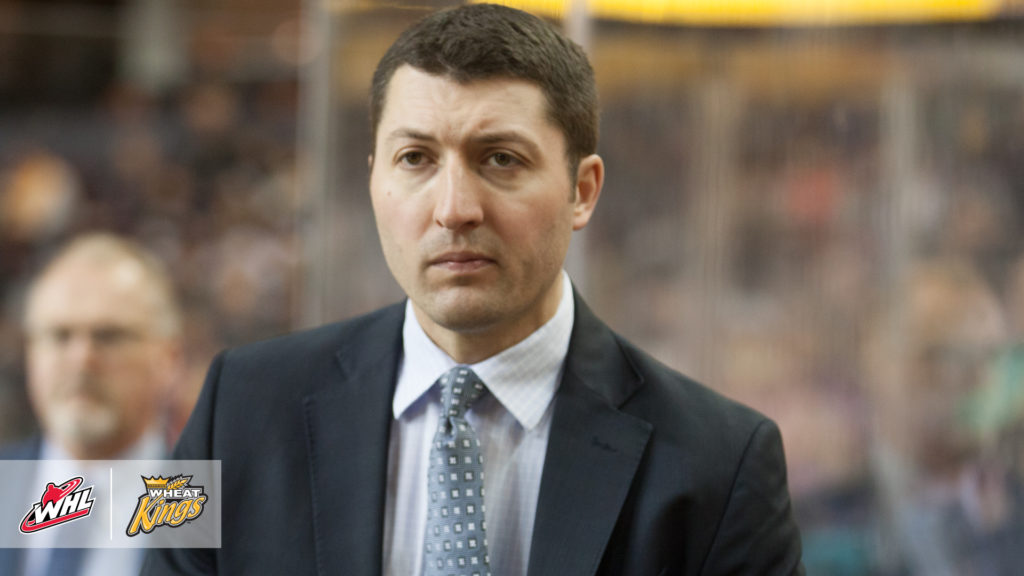 Brandon, Man. – The Brandon Wheat Kings will have a new head coach for the 2019-20 Western Hockey League Regular Season.

Brandon Owner and Governor Kelly McCrimmon has announced a change in the coaching ranks of the hockey club as Head Coach David Anning’s contract will not be renewed.

This is the second significant move made by McCrimmon this spring. In early May, he relieved Grant Armstrong from his duties as general manager.

“We would like to thank David for his seven years with our organization.” McCrimmon said. “He was an important part of our Championship team and aided in the development of many of our players. We wish him the best in his next coaching opportunity.“

The Wheat Kings new GM is expected to play an integral role in the hiring process of the new head coach.

A 34-year old Winnipeg native, David Anning joined the Wheat Kings in the 2012-2013 season and was named Head Coach in August of 2016. Anning came to the Wheat Kings after coaching six seasons in the Manitoba Junior Hockey League.

After leading Brandon to back to back playoff appearances, including a trip to the Eastern Conference Semi-Final in 2018, the Wheat Kings failed to qualify for post season play for the first time in six years.

A search for Anning’s successor will begin immediately.

The Brandon Wheat Kings have announced that they will not be extending the contract of Head Coach David Anning. #bdnmb