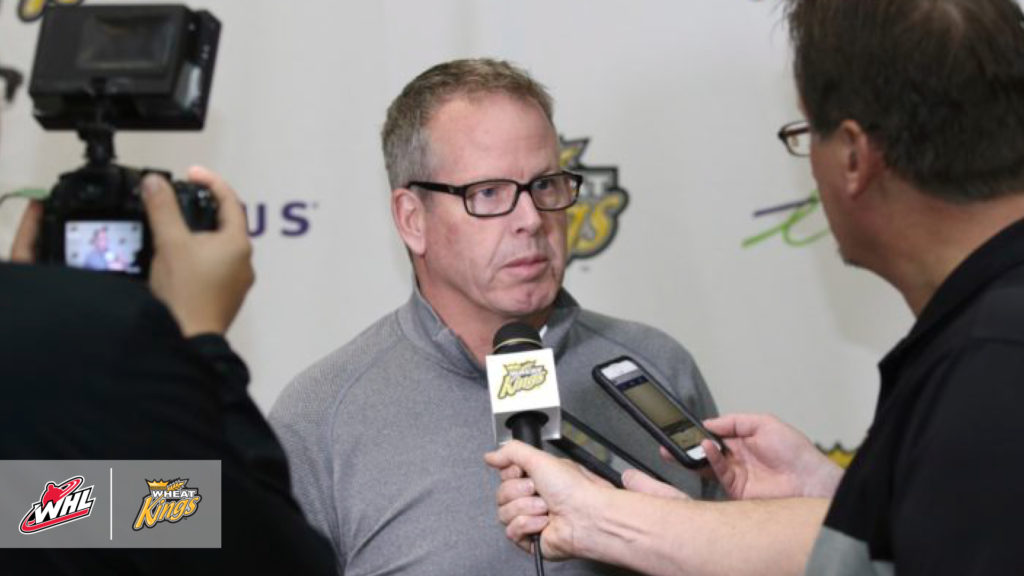 Brandon, Man. – The Brandon Wheat Kings have announced that they will not be extending the contract of General Manager Grant Armstrong.

“I’d like to thank Grant for his contribution to our organization,” says McCrimmon, who was named the new General Manager of the National Hockey League’s Vegas Golden Knights last week. “He was responsible for many of the moves that will serve us well in the future.”

“At the same time, I also felt a change was necessary as we look to return to a higher level as an organization,” he went on to say.

Armstrong joined the Wheat Kings in August 2016 and after helping to lead the club to back to back playoff appearances, the club faltered this past season, finishing with a record of 31-29-4-4 and missing post-season play for the first time in six years.

During his tenure, the former Assistant GM of the Victoria Royals made a number of high profile moves. During his first year, he traded goalkeeper Jordan Papirny to the Swift Current Broncos and at the 2018 WHL Trade Deadline, he moved former all-stars Kale Clague and Tanner Kaspick in deals that earned Brandon Luka Burzan, the rights to Ty Thorpe and Jonny Lambos as well as a number of bantam draft picks.

This past year, he dealt defenceman Schael Higson and Chase Hartje to Kelowna and Kootenay respectively.

As for naming a replacement for Armstrong, McCrimmon says that no timetable has been set for a final decision to be made.

Before arriving in Brandon, Armstrong had served as director of scouting for Portland in addition to his role with Victoria.