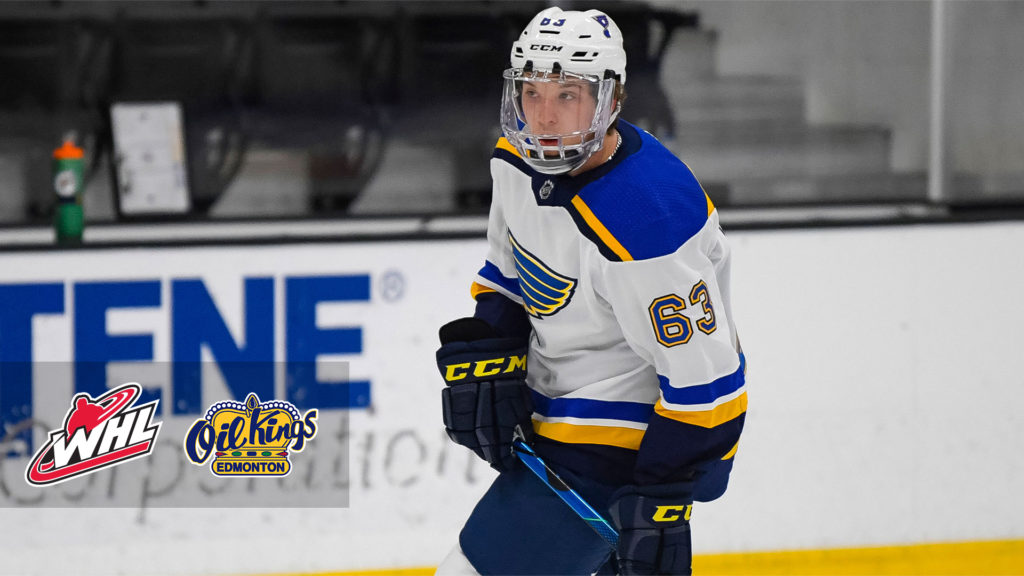 Edmonton Oil Kings star Jake Neighbours is on his way back to the Western Hockey League.

Friday morning, the St. Louis Blues announced the 18-year-old product of Airdrie, Alta., had been assigned to the Oil Kings after beginning the 2020-21 NHL season on the Blues taxi squad. The assignment of Neighbours comes one day after the WHL announced its Alberta-based Clubs will return to play on Friday, February 26.

The Blues selected the 5-foot-11, 201-pound Neighbours with the 26th overall selection in the first round of the 2020 NHL Draft this past October. Shortly after the draft, the Blues inked Neighbours to a three-year, entry-level contract on October 17.

The Western Hockey League has been granted approval by the Government of Alberta and Alberta Health to return to play, which will enable the WHL’s Alberta-based teams in the Central Division to open their season Friday, February 26. The WHL’s Central Division will play a 24-game Regular Season schedule, which will be announced at a later date.