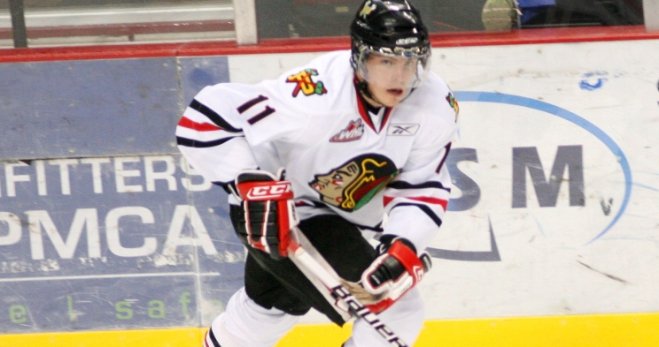 The Columbus Blue Jackets are returning forward Oliver Gabriel to the Winterhawks. Gabriel is expected to be in uniform this weekend for the Hawks when they take on the Everett Silvertips Friday and the Seattle Thunderbirds Saturday in the annual Teddy Bear Toss game.

Gabriel, who signed a free agent contract with the Blue Jackets on October 7, 2010, had played 11 games for the Springfield Falcons, the Blue Jackets’ American Hockey League affiliate, with one goal. Last season, Gabriel had career-highs with the Hawks with 11 goals and 21 assists for 32 points in 41 games before suffering a season-ending shoulder injury in January.

Gabriel’s return gives the Winterhawks four 20-year-old players, including Dillon Wagner, Charles Wells and team captain William Wrenn. The Winterhawks have two weeks to get down to the league maximum of three 20-year-olds.

“Oliver had emerged as a core part of our team last season before his unfortunate shoulder injury in January sidelined him,” said Portland Winterhawks General Manager & Head Coach Mike Johnston. “Now Oliver provides us with depth up front and should be one of the better two-way forwards in our conference.”

Five-game ticket plans are now available and start at just $60 per person and include five free gifts. Group rates start at 10 people ($16.50 per person) and every ticket includes a free Winterhawks hat. Call 503-236-HAWK or e-mail seats@winterhawks.com today to guarantee the best locations.