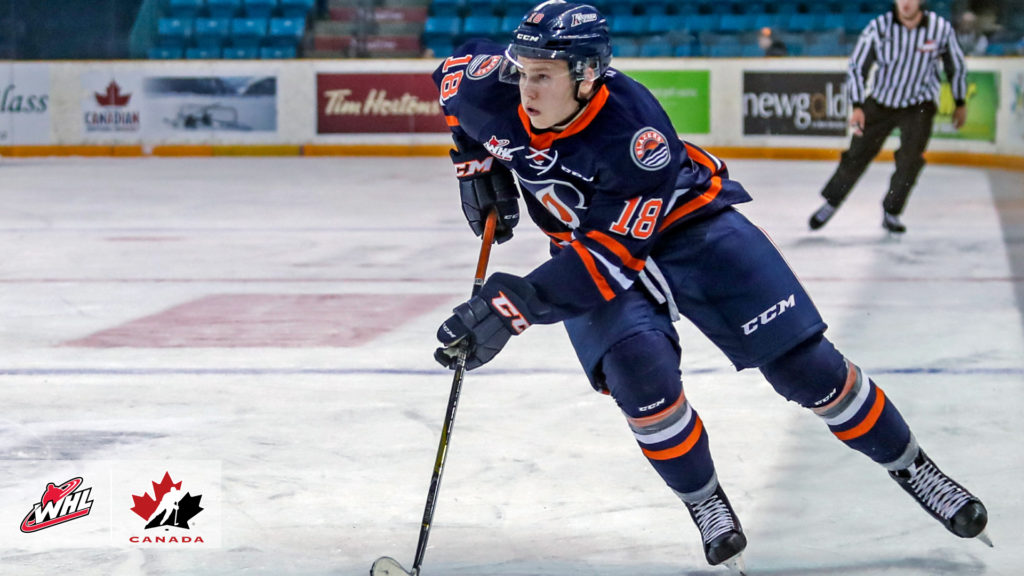 An ‘A’-rated prospect by NHL Central Scouting for the 2020 NHL Draft, Zary is tied for fourth in WHL scoring this season with 41 points (19G-22A) through 28 games. He’s tied for third in the league in goals and tied for 12th in assists.

He also has four points (3G-1A) in four WHL playoff games, including one power-play goal, one short-handed goal, and one game-winning goal. Last month, Zary represented the WHL at the 2019 CIBC Canada Russia Series, posting one assist in two games.

Zary has represented Canada on the international stage before, playing at the 2019 IIHF Under-18 World Championship. At the tournament, he recorded seven points (4G-3A) in seven games.

In total, Hockey Canada has named four goaltenders, 10 defencemen, and 17 forwards to the 31-man roster.

Canada’s National Junior Team Sport Chek Selection Camp will be held at the Sixteen Mile Sports Complex in Oakville, Ont. and will feature a pair of games against a team of U SPORTS all-stars on Dec. 11-12. Tickets for selection camp are available at HockeyCanada.ca/Tickets, starting at $15 plus fees.

For more information on Hockey Canada, Canada’s National Junior Team and the 2020 IIHF World Junior Championship, please visit HockeyCanada.ca, or follow along through social media on Facebook, Twitter and #WorldJuniors.