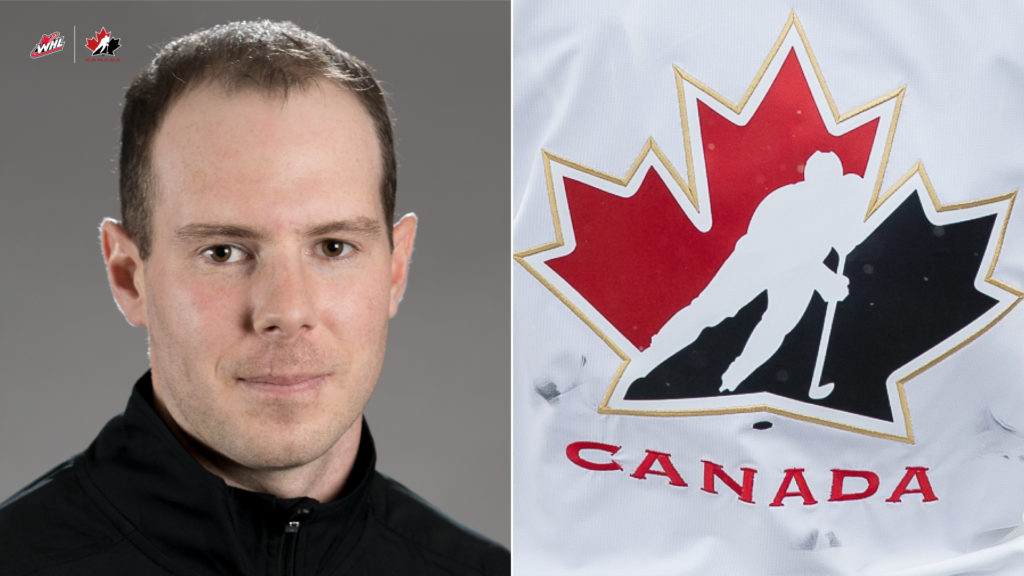 That was a dream the Blazers were more than happy to make a reality back in the mid-2000s. With the introduction of video becoming increasingly valuable in strategizing a team’s victory, the WHL club welcomed the young go-getter aboard.

At that point in time, the 17-year-old O’Donovan wasn’t quite confident about his video skills, but over the course of the next 14 years, he’s quickly become a professional in every sense of the role, helping the Blazers find success on the ice.

“It was one of those things where I just wanted to get involved and do something,” O’Donovan said. “They said ‘you’re a young kid, you must know stuff about computers and video’.

“Ultimately, I probably didn’t know a thing, but I said okay sure and I’ll just work with it and figure it out.”

“I really wanted to be involved in hockey in some way or another,” O’Donovan said. “Video was just an opportunity. It’s just putting in the hours to do it and enjoying it.

“It’s just sticking with it as well and pursuing your dreams and goals of having a position in hockey.”

During games, O’Donovan has direct communication to the bench, usually in the ear of an assistant coach who can mention certain plays, situations or moments to take note of in the course of the 60-minute battle.

Though he ends up watching the game multiple times, he rarely watches the game itself live, instead tucked away in the dressing room or another part of the building, watching the game at his setup that is five-to-ten seconds delayed behind what fans see on television. While WHL stars like Carter Hart, Brett Howden and Sam Steel are showcasing their skills, O’Donovan is following it all. Once the buzzer sounds is when his real work begins, working with coaches to visually analyze what went right or wrong over the course of the previous period or game, making timely adjustments.

“After the game, we’ll review all those different clips or different clips that the coaches may have told me to mark during the game. We’ll get specific things and try and show 15-20 clips to review the game with the players.”

In this day and age in the hockey world, off-days for Canada doesn’t mean an off-day for O’Donovan. He’s recording the team’s practices, making notes about how different players are executing the systems the coaches want to put into game situations. When Canada takes to the ice, O’Donovan has put in more hard work, giving the players and coaching staff a leg-up on their opponents to breakdown where their can be exploited and also where Canada can improve.

On top of it all is learning to work with respective coaches from each staff, who have different tendencies and want to see the game from a certain perspective.

To some, he may just be a man behind the screen, but when the puck drops, Canada has to have the knowledge of how they’re going to beat their opponents, because the opportunity may not come around again in such a short tournament. That facet alone puts strong expectations on his shoulders, a trait O’Donovan has learned to deal with as he’s gotten older.

“With an international tournament, you want to gather as much information as you can on your team and the other team,” he added.

“You’ve really got to be prepared because you really only have one chance, one game. It’s not a seven-game series.”

The opportunity to work with Canada’s best hockey coaches and a WHL coaching legend in Don Hay on a day-to-day basis has afforded O’Donovan the chance to live his dream over the course of the past decade-and-a-half. Even if that’s involved working weekends, tired eyes and thousands of kilometres, he’d welcome it all again with open arms.

“It’s a lot of long days and long hours, but when you love it, it doesn’t feel like you work a day in your life.”